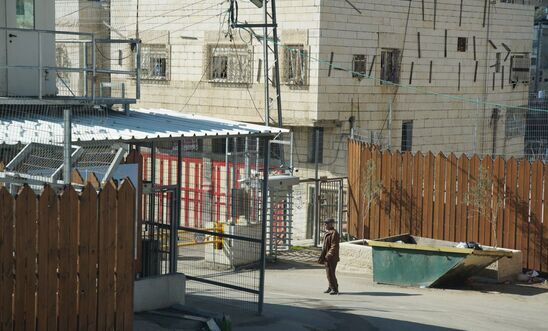 Company has backtracked over removing 200 settlement properties from its listings

‘Airbnb needs to do right by future investors’ - Saleh Higazi

The San Francisco-based online accommodation company has approximately 200 properties for rent in the Israeli settlements that are at the heart of systematic human rights violations faced by Palestinians.

Two years ago, Airbnb said it would remove accommodation in the settlements from its listings, a decision it subsequently reversed.

Earlier this year, Airbnb was one of more than 100 companies around the world named in a UN database of firms whose operations linked them to Israeli settlements.

However, Airbnb’s registration statement with the US Securities and Exchange Commission ahead of the IPO makes no mention of its operations in the Israeli settlements or the fact that the company appears in the UN database. This information is missing from the “risk factor” section of the documents, which informs shareholders of a company’s legal, reputational and other risks.

Airbnb stock is expected to be purchased by investment and pension funds across the world, meaning that a large number of people could indirectly hold investments in Airbnb without understanding the ramifications. Major global banks - including Goldman Sachs, Barclays Capital and Morgan Stanley - are underwriting Airbnb’s IPO, and Amnesty points out that these have a responsibility to ensure the accuracy of all material disclosure to potential shareholders.

“Shamefully, Airbnb has been promoting and benefiting from a situation that is a root cause of the systematic human rights violations faced by millions of Palestinians.

“Airbnb needs to do right by future investors and stop benefiting from illegal settlements built on stolen Palestinian land in the Occupied Palestinian Territories.

“These settlements are a war crime under international law.

“No company should be party to human rights abuse and until Airbnb ends its business relationship with the Israeli settlements it will be deeply compromised.”

Though Airbnb claims to donate the profit it generates through property listings in the settlements, Amnesty stresses that allowing them to remain in place means that a wider tourist industry is being supported and allowed to flourish at the expense of Palestinian rights.

The previous year, Airbnb had announced it would remove listings for 200 rental properties in Israeli settlements in the occupied West Bank, excluding East Jerusalem, “at the core of the dispute between Israelis and Palestinians”. The company said one of the principles it applied when making the decision had been to “evaluate whether the existence of listings is contributing to existing human suffering”. However, in April 2019, Airbnb shamefully reversed this decision following a number of lawsuits and said the company would allow the listings to remain but would “take no profits from this activity in this region”.

There is concern that Israeli settlements on Palestinian land are set to expand considerably, with thousands of planned new housing units announced in 2020. The surge in settlement building is widely believed to reflect the broad political support the Israeli authorities have received under Donald Trump’s presidency. Last month, Mike Pompeo visited a winery in the Israeli settlement of Psagot, the first time a serving US Secretary of State has visited an Israeli settlement. This follows his announcement in November 2019 that the US no longer considers Israeli settlements to be illegal under international law.

Expansion proposals come after more than 50 years of Israeli military occupation in the Palestinian Territories, during which more than 50,000 Palestinian homes and structures have been demolished and tens of thousands of Palestinians forcibly removed. In their place, more than 600,000 Israelis have moved into approximately 250 mostly purpose-built settlements, many serviced by settler-only roads and guarded by military checkpoints. Approximately 1,000 square kilometres of Palestinian land has been expropriated by Israeli settlers in the past 50 years. This has had a devastating impact on Palestinians’ rights to an adequate standard of living, to work, to housing, to health and to education, and has progressively crippled the Palestinian economy.