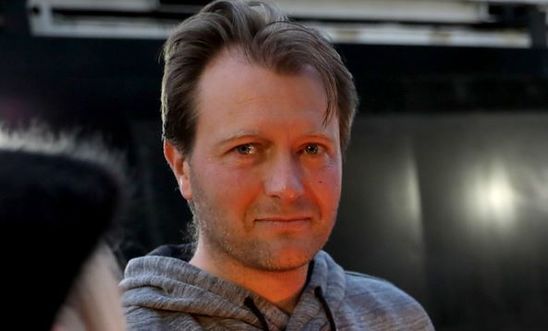 Choral singers to lead event, with songs to include I Wish I Knew How It Would Feel To Be Free and You’ll Never Walk Alone

Amnesty International campaigners will be joining Richard Ratcliffe in a “sing for Nazanin” event outside the Iranian Embassy in London this evening (6.45-8.00pm), as his hunger strike on behalf of his jailed wife Nazanin Zaghari-Ratcliffe approaches the two-week mark.

Since Saturday 15 June, Mr Ratcliffe has been staging a constant presence outside the embassy in protest at the ongoing detention of his wife, a British charity worker who is unfairly jailed in Iran and is herself on hunger strike.

Mr Ratcliffe’s high-profile embassy protest has gained widespread support, including from numerous Westminster politicians, while Iranian officials at the embassy have criticised the demonstration and apparently attempted to interfere with it - including by erecting a large steel barrier in front of the embassy.

From 6.45 this evening, choral singers will lead the musical event, which will see, among others, moving renditions of The Beatles’ Here Comes the Sun, Bob Marley’s Redemption Song, Nina Simone’s I Wish I Knew How It Would Feel To Be Free, and Rodgers and Hammerstein’s You’ll Never Walk Alone.

Family members and numerous well-wishers will join in the singing, candles will be lit and various “Free Nazanin” placards held aloft.

The husband-and-wife hunger strike began just days after the fifth birthday of the couple’s daughter Gabriella, who has not been able to return to the UK since her mother’s arrest in April 2016. Earlier this year, the Foreign Secretary Jeremy Hunt announced the UK had invoked “diplomatic protection” status for Zaghari-Ratcliffe, meaning her ongoing detention had become the basis of a formal dispute between the two countries.

Kate Allen, Amnesty International UK’s Director, who has visited Richard Ratcliffe at the embassy, has described the situation as “heart-breaking”.

Amnesty has designated Zaghari-Ratcliffe a prisoner of conscience targeted solely for the peaceful exercise of her rights to freedom of expression and association. Amnesty has repeatedly called on the Iranian authorities to release her immediately and unconditionally. In December, Zaghari-Ratcliffe completed her 1,000th day in detention, and three days prior to that she turned 40 in jail.