Rape survivor will not be flogged in Maldives 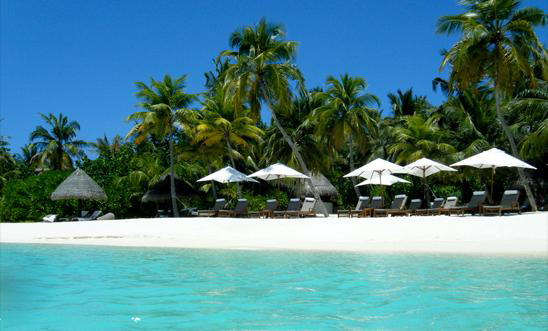 This case has exposed the darker side of an idyllic holiday destination © Sarah Ackerman, creative commons license: http://www.flickr.com/photos/sackerman51

This week, we were relieved to hear that a 15 year old girl in the Maldives, who reportedly survived repeated sexual abuse, will be spared the inhumane punishment of flogging for the ‘crime’ of extra-marital sex or ‘fornication’.

On Wednesday 21 August, a High Court in the Maldives overturned the sentence of 100 lashes and house arrest imposed on the girl by a juvenile court in February this year. We believe her conviction should also now be quashed, as it never should have happened in the first place.

We hope too that the girl will now be able to access the support she needs to overcome what must have been a traumatic catalogue of events.

A huge thank you to the thousands who appealed to the Maldives authorities via our Pocket Protest action, adding vital pressure to help stop this outrageous sentence being carried out.

Compassion, humanity and human rights have finally won out in what is a truly shocking case.

The girl had reportedly been sexually abused repeatedly by her stepfather.  She was first arrested in July 2012 after the body of a baby she had given birth to, was found buried outside her house on the island of Feydhoo.  According to reports, her stepfather was charged with sexual abuse and murder, and her mother with concealing a crime.

The juvenile court that sentenced her in the Maldives capital Malé on 25 February said the ruling was unrelated to the sexual abuse she had suffered. They had, they said, uncovered other evidence against her during their investigation.

Needless to say, international human rights law, to which Maldives is signed up, is very, very clear on this issue. As Polly Truscott, our Deputy Director in the Asia-Pacific region, says:

‘No-one should ever be prosecuted for sex outside marriage in the first place. And victims of sexual abuse need counselling not punishment.’
Polly Truscott, Amnesty Deputy Director Asia-Pacific region

Prosecuting a person for ‘fornication’ is a violation of their human rights to privacy and bodily autonomy, among others. Its use is closely linked with issues of gender equality. In the Maldives, prosecutions for fornication are far more likely to be handed down to women. In 2011, women and girls accounted for 90 per cent of those sentenced for this ‘crime’.

And flogging, so often the sentence for those convicted of sex outside marriage, is also against some of the most basic human rights standards that forbid torture and other cruel, inhuman and degrading punishments.

The dark side of a holiday island

This case has shone a light on the darker side of life in this idyllic holiday destination. When our researchers visited in April this year they met a woman and a girl who gave us personal accounts of being subjected to the punishment of flogging for ‘fornication’. They are likely to represent only the tip of the iceberg. We know that in 2009 at least 180 people in the Maldives suffered in this way.

So as well as asking for additional support for the girl in question, and for her conviction to be overturned, we are also calling on the Maldives to ensure no one else faces similar treatment. They must immediately stop any floggings from being carried out, overturn all outstanding sentences and stop prosecuting or punishing people for the ‘crime’ of fornication.