Standing up to abuses in the coal-mining communities of India 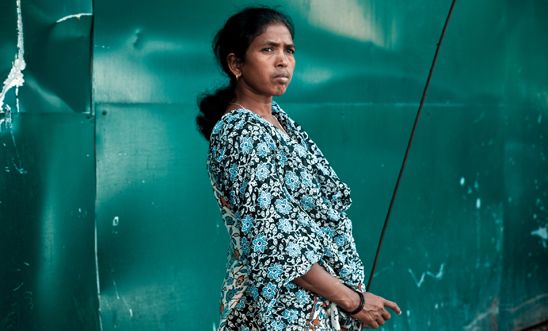 ‘I had never imagined that this could happen to me. I thought, ‘Now there’s only death for me’. After so much had happened, how could I live?

Soni Sori is a school teacher in Chhattisgarh, south-east India. She was imprisoned for more than three years on false and politically motivated charges by state authorities for her part in exposing human rights abuses committed by state security forces against indigenous people in Chhattisgarh.

Following an international campaign for her freedom, Soni was released in February this year. But the treatment she endured while in custody has had long term consequences for her health: she says police gave her electric shocks and sexually abused her in such a way that she was unable to walk.

Meanwhile, a senior police official who Soni said had ordered and supervised her torture was given a gallantry award by the President of India in 2012. No one has yet been brought to justice for Soni’s treatment in custody.

Human rights defenders at risk in the Indian coal states

Soni’s experience is sadly a familiar story in the coal mining states of India, where indigenous communities – called Adivasis –  face exploitation and suppression of their basic rights.

When people like Soni, along with her nephew Lingaram Kodopi – both of them from the Adivasi community – challenge abuses, too often the response from the authorities is not to investigate the claims, but to punish the individuals who have dared to raise their voices.

India is the world’s third-largest provider of coal. Around 80% of India’s electricity is powered by coal, most of it mined from central and eastern Indian states. These states are largely forest regions, rich in minerals. They are also home to most of the country’s Adivasi communities.

As the demand for coal increases across India, mining companies are expanding existing collieries and developing new mines. But all too often the rights of the native Adivasi, who live on the mineral-rich land, are completely ignored in the development of new mines. Entire communities have been evicted from their own land as mining companies ignore any human rights obligations they are by law required to consider in the development of projects; instead, they put business before people. Dispossessed of their land and livelihoods, the fabric of Adivasi communities and cultures is torn apart.

Risking their lives to defend the rights of others

The work they carry out is at great personal risk. Women in particular have even less space to defend human rights in this context; they confront additional gender-based discrimination and violence.

Our campaign for justice

We have documented abuses by coal mining companies in central and eastern Indian states and campaigned for redress for the indigenous communities involved for a number of years. Working with local activists, we successfully stopped mining company Vedanta from developing a bauxite mine in the Niyamgiri hills of Orrisa, for example.

We want to make it safer and easier for people like Soni to do their work, to report abuses without fear, and to know that they have the support of Amnesty supporters around the world should they face danger. In particular, we are working to combat spurious criminal charges against activists trying to speak up for those who cannot.