Hidden Bangladesh: Violence and Brutality in the Chittagong Hill Tracts. 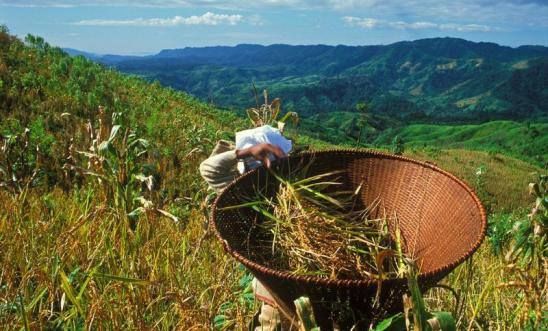 A little known place in Bangladesh where great beauty is the backdrop to a sordid brutality.

When you think of Bangladesh you may think of a vibrant nation of teeming people in the Ganges delta. The Chittagong Hill Tracts are altogether different: impossibly green, forested mountains rise above lakes in a verdant, uncrowded land – a side of Bangladesh most people never see. This is hardly surprising: since March 2015, access to outsiders is tightly controlled and the indigenous people are forbidden to speak to foreigners without supervision.

The Chittagong Hill Tracts in Bangladesh have been affected by what has been described as “genocide” or “ethnic cleansing” for many years. In the 1960s and 1970s, thousands were forced off their lands to make way for reservoirs and hydroelectric schemes, a displacement made worse by massacres against the Jumma people (the collective name for all indigenous peoples in the region), and nearly twenty years of conflict against a military dictatorship and also with the democratic government of Bangladesh. This only ended in 1997 when a peace accord recognised the rights of the Jumma people over their lands. This accord remains largely unimplemented and the Jumma people are not even acknowledged in the Bangladesh constitution.

The Bangladesh government has settled hundreds of thousands of Bengali people in the Chittagong Hills, and they now make up the majority of the population in the region. Settlement has not been peaceful. In a number of violent clashes, tobacco, rubber and tea planters have seized Jumma lands at will, usually with military support. By 2012 the situation had become so bad that one indigenous woman told Amnesty International;

“We are now left with no land to farm and grow crops, or forest to go to for collecting fuel, wood, and fruit. Life has become very hard as we have [the] army at very close proximity and I feel very insecure even walking short distances.”

Violence, particularly sexual violence, is routinely carried out by settlers and the military alike. The figures make for sickening reading: in 2014 alone 117 indigenous women faced physical and sexual abuse, 57% of these being children. Twenty one of these women were raped or gang-raped and seven were killed afterwards. During the first few weeks of 2015, at least three confirmed rapes were reported within sight of military checkpoints supposed to bring security to the area. These are only the reported incidents; the true figure is likely to be much higher. It is common practice for the police not to report rape and medical staff are pressured against doing so. No wonder indigenous lawyer, Samari Chakma, calls the Chittagong Hill Tracts a “rapist's heaven”.

Concerns over human rights violations have been stifled, often brutally, as in the case of Kalpana Chakma, indigenous human rights activist, abducted in 1996 and not seen since. Generally allegations are met with indifference by corrupt officials, or by official reprisal. Following damning reports by Amnesty International and other human rights concerns, the Bangladesh government has placed restrictions upon the Jumma peoples speaking with outsiders (restrictions which do not apply to the Bengali population in the region). As Jerry Allen, writing for Amnesty International, comments;

“...no evidence or even plausible accusation has ever been brought forward of outsiders collaborating with indigenous people to detriment of the sovereignty of Bangladesh. The authorities just want to silence the indigenous people.”

Calls from the Bangladesh Indigenous Peoples' Forum made in August 2015 demanding constitutional rights for the Jumma people were followed by military action resulting in the death of five insurgents in a pre-dawn raid – threatening to reignite conflict in the Chittagong Hill Tracts once more.

Amnesty is calling on the Bangladesh government to implement the promises it made in the 1997 peace accord, fully recognising and protecting the rights of the indigenous peoples of the Chittagong Hill Tracts to their traditional lands. It must respect its obligations under international human rights law and conduct thorough investigations into allegations of human rights violations, including the abduction of Kalpana Chakma.

If you would like to take action, please write to the Bangladesh government by following this link:-

Thank you for this. But please do not use the word "tribe". It is offensive, it implies a primitive state and translates back as "sub-human". The people of the CHT are 'Indigenous nations'. They were clearly living there before the colonials or the Bangladesh state.