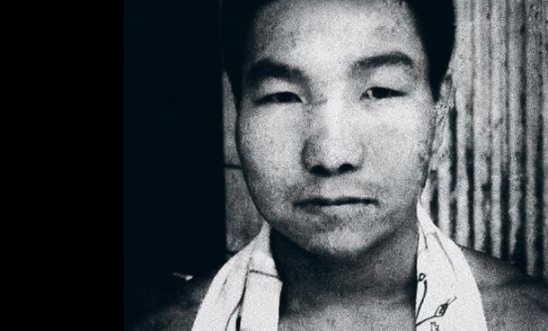 Stockport Group has been without a Prisoner Of Conscience for a while now, but we can announce that the group is now supporting an “Individual at Risk”, as part of Amnesty's campaign against the death penalty.

Hakamada Iwao is a 76-year-old Japanese ex-boxer.  He was arrested on a charge of murder in 1966, convicted in 1968, and has been on death row ever since.  Because the Japanese legal system only gives prisoners a few hours' notice of their execution, Hakamada wakes up each morning not knowing if the new day is going to be his last.  In addition, death row inmates in Japan are habitually confined to single cells, forbidden to talk to other prisoners, and not allowed television, personal interests or hobbies; Hakamada has effectively spent three decades in solitary confinement.

He is believed to be the world's longest-serving death row inmate.

He was accused of stabbing to death four people: the managing director of the miso company where he worked, the man's wife, and their two children.  Then, it was said, he set fire to their house, supposedly to destroy evidence.

When the case came to trial, the prosecutors a knife said to be the murder weapon, and a pair of Hakamada's pyjamas, on which there might or might not have been traces of blood and gasoline.  They also had a signed confession.  Hakamada pled not guilty, accusing the police of extracting the confession from him under duress.  He had, he said, been questioned for up to 12 hours a day for 20 days.  He claimed that he'd been assaulted by the police, and that they had also threatened to bring his mother in "for questioning".

In a separate development, the prosecution decided not to present the pyjamas, but instead came up with a different set of clothes, which didn't even fit the accused.

The knife was, said the defence, too small to have caused the fatal wounds.

A panel of three judges heard the case, and decided that Hakamada was guilty on a two-to-one majority.  In 2007, Norimichi Kumamoto, the judge who had thought him innocent, broke with tradition and spoke out against the conviction.

"I wanted someone in the Supreme Court to hear me just once at the end of my life," Kumamoto said, many years later. "I'm glad I spoke up. I wish I had said it earlier, and maybe something might have changed."

Psychiatric examinations have shown that Hakamada has a mental illness, which is believed to be the result of the torment of years in solitary confinement, under the constant threat of death.

Today, lawyers are still fighting for a retrial.  According to Hakamada’s lawyers, forensic test results disclosed on 13 April 2012 show no match between Hakamada’s DNA and samples taken from clothing he is alleged by the prosecution to have worn at the time of the crime.

The District court has decided to continue examining the DNA analysis results at an appeal that will begin on 19 October 2012. The court will then judge the credibility of all of the DNA tests and decide whether or not to grant Hakamada Iwao a retrial.

For more information, please refer to the links to the right of this page.

If you would like to add your voice to the calls for Hakamada's death penalty to be stayed, please visit this page on Amnesty International UK's site.