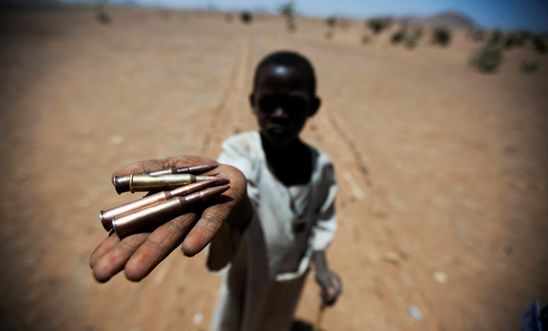 Every day at least 1,500 people die from armed violence and conflict, yet the global arms trade remains unregulated. This year we have a momentous opportunity to put this right.

After two decades of tireless campaigning, we came within a whisker of securing an effective Arms Trade Treaty (ATT) in July 2012. This was a delay but not a defeat, and in 2013 we have a final opportunity to make an effective ATT a reality.

The UK government has a crucial role to play. As a key ATT champion, it must fight hard to secure a treaty that saves lives, upholds human rights and protects livelihoods.

The UK government must ensure that the ATT:

Please write to the Foreign & Commonwealth Office Minister Alistair Burt urging that the government stays strong on the Arms Trade Treaty by closing the remaining loopholes and ensuring that the treaty is not watered down.