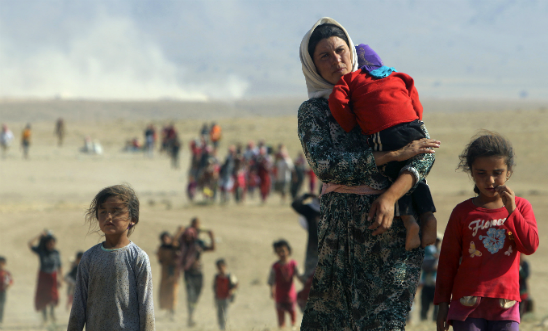 At the end of January 2014, Dimitri Bulatov’s bloody and battered body was thrown from a car into the freezing temperatures of a forest just outside of Kiev. He had been missing for days.

Bulatov was one of the main organisers of anti-government protests in Ukraine. And he was not the first of the protestors to be brutally tortured. He survived his ordeal, living to report how he’d been crucified by his captors. Images of his bloodied face covered newspaper front pages around Europe and became a symbol of the growing crisis in the country.

His was one of the first of many stories we would report across the year, of individuals punished for their peaceful acts of protest or imprisoned for their beliefs.

And it didn't end there.