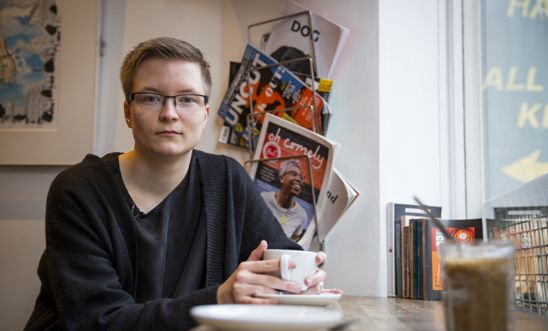 On Friday 25 August, 2017 the Finnish government decided not to implement recommendations by the Human Rights Council to reform the 'Trans Act' - a law that currently makes those seeking legal gender recognition undergo years of mental screening and enforced sterilisation.

Just over 16,000 of you stood with trans rights activist, Sakris Kupila and told the Finnish government to respect transgender rights - to reform the 'Trans Act'. Thank you.

'I am disappointed of course, but I am so proud you all stood up with me to give a powerful message to the prime minister, Juha Sipilä: that we’re watching, we will not be ignored and we will not stop fighting for trans rights in Finland.' Sakris Kupila

It is not clear yet why the Finnish government rejected the recommendations but we will keep you updated. The fight for trans rights in Finland is not over. We will continue to push for Finland to implement the recommendations made by the Human Rights Council, which are:

1.    Revise the Trans Act by abolishing the need for sterilisation, other medical treatment, and a mental health diagnosis, as requirements for a person’s legal recognition of their gender identity.

2.    Develop a gender recognition procedure that is quick, transparent, based on self-determination, and available irrespective of age, medical or financial status.

Currently, the Act on Legal Recognition of the Gender of Transsexuals (or the 'Trans Act') states that an individual's sex assigned at birth can be changed only be legally changed if:

The personal identity code assigned to Finnish citizens at birth indicates the sex assigned at birth – the last digit is always even for females and odd for males. All personal documents, including passport and identity cards and even library cards, are issued on the basis of this information. The code is required to apply for benefits (such as pensions) and for payment of salaries.

It is extremely important for transgender people that the code corresponds to their chosen gender identity and that they are not forced to ‘out’ themselves as transgender every time they are required to reveal their personal identity code.

The act also restricts the possibility to access legal gender recognition to individuals who have reached the legal age of maturity, which in Finland is 18. The whole process can take more than three years.

As of 2017, twenty European countries have a requirement that transgender people be sterilised prior to changing their legal gender. Two other Nordic countries, Denmark and Sweden, had similar conditions for gender recognition, but these have been dropped in recent years.

The Finnish Government has run out of excuses: it’s time to update the backward 'Trans Act' and ensure that trans people’s human rights are respected.

To keep up with development's in Sakris's case and to also read about other ordinary people standing up for what they believe in, check out Amnesty's BRAVE campaign.