Why Edward Snowden should be pardoned 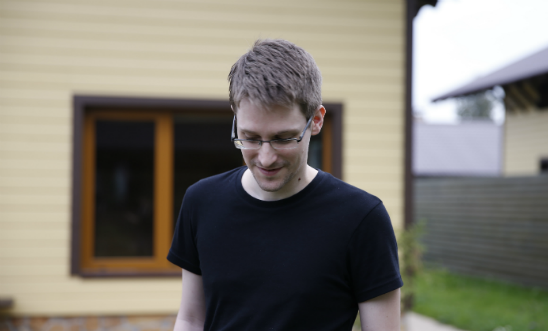 He stood up for our rights, starting a global debate on mass surveillance that changed the world – yet whistleblower Edward Snowden faces decades in prison for it. Currently exiled in Russia, he is wanted in the US, where he could serve up to 30 years in prison for exposing human rights abuses by governments around the world.

When Edward Snowden shared US intelligence documents with journalists in June 2013, he revealed the shocking extent of global mass surveillance. He showed how governments were secretly scooping up huge chunks of our personal communications, including private emails, phone locations, web histories and so much more – all of it without our consent.

His courage changed the world. He sparked a global debate, changing laws and helping to protect our privacy. Edward Snowden is a human rights hero, yet he faces decades in prison under charges that treat him like a spy who sold secrets to enemies of the USA.

Changed how we think about surveillance

In 2013, Edward Snowden took the brave decision to blow the whistle on human rights abuses by the National Security Agency (NSA), the US government’s intelligence department, which he’d encountered when working there as a contractor.

Snowden revealed human rights abuses on a mass, global scale – yet he continues to be punished for blowing the whistle, and telling the world about the abuses.

Snowden’s decision changed the face of digital communications around the world. Thanks to him, we now know that governments – including the UK, USA, Canada, New Zealand and Australia – are capturing and storing our private information without our consent.

Yet Snowden has paid a high price for exposing the abuses. Immediately after revealing NSA practices to the Guardian newspaper, he fled the USA and sought asylum in Russia, where he remains to this day.

The USA is seeking to extradite Snowden from Russia. The US Department of Justice has charged him with violating the Espionage Act for his part in exposing global mass surveillance programmes. If found guilty Snowden faces up to 30 years in prison.

Snowden revealed the information in the public interest – to expose the hitherto secret and unprecedented infringement of the right to privacy of whole nations of people. He is a whistleblower who exposed human rights abuses on a mass scale – and should not be punished for doing so.

The charges facing Snowden under the 1917 Espionage Act are outdated and ill-equipped to deal with the circumstances of his case – and if he's tried for crimes under the Espionage Act, he could be prevented from presenting a defence that explains his motives were in the public interest.

Senior US officials have condemned Snowden without a trial, labelling him as both guilty and a traitor, raising serious questions as to whether he would receive a fair trial if he returns.

Besides the charges against him, Snowden’s passport has been revoked by US authorities, interfering with his rights to freedom of movement and to seek asylum. He remains unable to travel to countries that have extended the offer of asylum. The USA continues to lean heavily on governments around the world to impede his transit through their territories or travel through their airspace.

Whistleblowers must be protected

There are protections around whistleblowers when the information they have revealed is seen to be in the public interest. Snowden’s revelations undoubtedly brought our attention to previously unknown abuses.

In the three years since his revelations, Snowden has changed how we think about communicating online and on our phone. Without him, we simply wouldn’t know about and be able to address the issue of surveillance on our private digital communications. In the UK, Amnesty has brought litigation charges against the UK government and its intelligence agencies on human rights grounds – and won.

The NSA has in recent weeks been found to be in breach of the US Patriot Act for its surveillance techniques. Snowden brought the information to light – yet the strict charges against him remain.

Snowden should be pardoned

We joined forces with the American Civil Liberties Movement (ACLU) to petition President Barack Obama - US President at the time - to pardon Edward Snowden before the end of his second term as president.

Snowden blew the whistle on human rights abuses solely in the public interest. We believe that he should not be further punished for this act.

More than 20,000 people in the UK signed our petition calling on the US government to grant the pardon.