Why should trade deals be wrapped in secrecy? 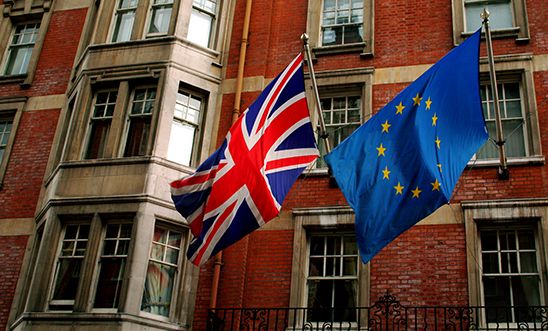 Why should trade deals be wrapped in secrecy?

The short answer is ‘to avoid embarrassment’. The less the public and Parliament know about the trade deals that are being negotiated, the less they are in a position to challenge their likely impacts. This is why our briefing to MPs for the current stage of the Trade Bill sets out our concerns around the lack of public consultation and parliamentary scrutiny that is envisaged for the process of trade negotiations.

Trade deals impact us all

Trade agreements have impacts on the whole spectrum of human rights, but particularly on economic and social rights. Several UN Special Rapporteurs have examined and reported on their adverse consequences. That is why the Trade Bill that is going through Parliament is so important. If we don’t want to be lumbered with agreements that have scant regard for workers’ rights, food safety, environmental standards and the needs of the NHS, then we have to secure amendments to the Bill.

While the government pretends that the Trade Bill only applies to the rolling over of existing trade agreements which the UK is party to via EU membership, the reality is somewhat different. Given that the UK’s negotiating position will inevitably be weaker than the EU’s, why wouldn’t other parties want to slip in elements to their new agreement with the UK that would be to their advantage? These deals are actually new agreements in so far as they are legally distinct and have provisions in them that are not part of the EU agreement. All the more reason that they should be subject to scrutiny.

We have a right to know

In general, the government should adopt a presumption of disclosure of trade policy documents, including the negotiating texts of agreements. Freedom of information is embodied in international human rights law and in national legislation. It is considered an integral part of the fundamental right of freedom of expression, as recognised by Article 19 of the Universal Declaration of Human Rights (1948), which states that this encompasses the freedom 'to seek, receive and impart information and ideas through any media and regardless of frontiers'.

Access to trade policy documents, including negotiation texts and impact assessments, should be given to Parliamentarians routinely to enable Parliament to fulfil its oversight and scrutiny role. This role is essential because of the scope of modern trade agreements which are no longer confined to the removal of tariff barriers. They also include a range of other obligations such as investor protections, intellectual property, government procurement, regulation of service industries and movement of people across borders. All these obligations are likely to impinge on existing legislation that Parliament has enacted, as well as on areas of public policy which Parliamentary bodies would normally scrutinise.

Designing appropriate consultation processes is essential to ensure that decision-makers are not operating in a vacuum without the evidence-base to take informed decisions on complex trade instruments that will bind the UK for many years. From a human rights perspective, consultation is required to collect the baseline information that is needed to assess the impacts of trade agreements over their lifecycle with regard to a wide range of rights that might be affected, including those of women and of vulnerable groups in society. Impact assessments should be conducted in advance to avoid harm in keeping with the ‘precautionary principle’.

If Parliament approves a negotiating mandate for a new trade agreement, as should be the case routinely, then it needs the powers to scrutinise trade agreements as they are being negotiated to ensure that this mandate is being fulfilled. Likewise, it needs powers over ratification and implementation to ensure that what has been negotiated is reflected in the final form of the agreement and in implementation processes in accordance with the mandate.

Until now, most of the scrutiny and ratification powers over trade deals have been held by EU institutions. After leaving the EU these powers will be returned to the UK. It is essential that these powers are transferred to MPs and Peers who are accountable to the electorate, rather than retained solely by the Executive. Parliament should have the powers to scrutinise and approve trade deals, as happens in many of our major trading partners. Otherwise we risk being stuck with appalling trade agreements that will tie the hands of future governments for decades.

This is why we are urging Parliamentarians to positively shape the UK’s post-Brexit approach to trade by pressing for greater scrutiny and involvement. If they fail in this, our future trade agreements could become a dog’s dinner.