Windrush: Lessons to be Learned 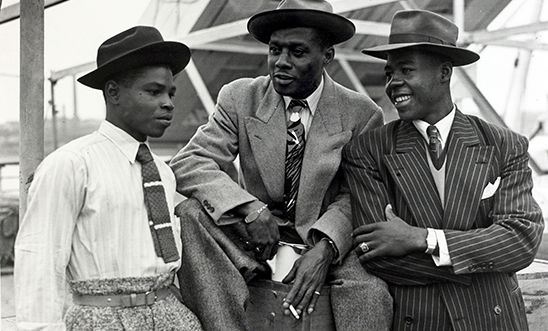 But will they be learned? Not without a full and accurate accounting of the injustice and harm done.

That injustice and harm does not begin with a Conservative government coming to power in 2010. It stretches back decades.

People of the Windrush generation came to the UK as British subjects. They came with no less rights to come, go or stay than the British subjects then resident in the UK. This was changed by legislation that was expressly motivated by racism – a desire to curtail immigration to the UK by people on the basis of the colour of their skin.

In the course of implementing this racialised policy, thousands of British subjects who had come from the Caribbean and other parts of the Commonwealth were effectively stripped of their British nationality.

While successive Acts of Parliament created schemes by which people could register – first as citizens of the UK and Colonies, later as British citizens (a status only introduced in 1983) – many people were not informed of what was being done to them. Those who did know and wished to register to retain their British nationality still had to deal with the bureaucracy and pay a fee.

This injustice to people who lost their British nationality in this way were meant to be lessened by a guarantee in UK immigration law recognising these people as settled in the UK and entitled to stay or come and go as freely as any British citizen.

But injustice was then added to injustice by effectively reneging upon even that mitigation. Firstly, by changing the laws in 1988 to impose a time limit on people’s absence from the UK after which their rights as settled in the UK would be lost.

Secondly, much later, by the combination of several factors. These include the introduction of identity cards for non-British and non-EU citizens living in the UK; increased political fervour surrounding immigration and the creation of widespread gatekeeping of access to basics – such as the opportunity to work, rent accommodation, access social welfare and receive healthcare.

Many people – not only Commonwealth citizens – became increasing caught up by all of this. No care was taken to assess who would be affected or how, still less to ensure people would not be harmed. And so people were robbed of their jobs and homes, refused support and healthcare, and detained, deported and refused return to the UK, the country of their home.

While all this was done, Ministers and Parliament systematically removed the very safeguards that might have protected people, whom the Home Office had long decided it no longer cared about. Legal aid was cut and appeal rights were removed. Yet, the Home Office remained the beneficiary of wide exemptions from race equality safeguards.

Even after so much injustice and harm done to people of the Windrush generation has been exposed, Ministers and Parliament continue protecting the Home Office. In May, they even gave sweeping powers to the Home Office to exempt itself from data protections necessary to ensure people are not improperly treated as without rights to be in the country.

By legislation and policy, Ministers and others, have created and sustained a culture at the Home Office that disdains people subjected to its powers – whether or not it is even lawful to treat them as subject to immigration controls.

This is dreadful. And there is little if any fundamental change to any of it. Even the specific measures introduced to right some of the wrongs that have been done to Commonwealth citizens continue to perpetuate injustice by failing to recognise people’s legal entitlements.

More generally, the focus of political rhetoric, purpose and policy remains very much unchanged. The reckless and damaging obsession with so-called ‘illegal immigration’ with no understanding of what the term means in practice or principle continues. Meanwhile Ministers and parliamentarians protest, wrongly, that what happened to the Windrush generation was both mistake and distinct from this.

Amnesty’s submission to the review charts much of what has happened in seeking to bring greater understanding and recognition of how deep and long-rooted is the Windrush scandal. This is necessary, because so many people continue to be harmed by systemic injustice and racism in the UK’s nationality and immigration systems.

We wish Wendy Williams and her team well with her review. But we know that truly facing up to what is so terribly wrong is going to take courage, determination and a willingness to see the fullness of the scandal – something that very many people have so far failed or refused to do.