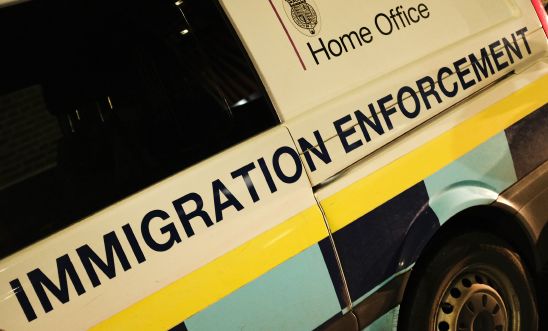 Ministers are scrabbling to defend their underlying approach to immigration policy in the face of the appalling treatment of Commonwealth citizens now exposed as the Windrush scandal.

There's no doubt the treatment of British subjects when they settled in the UK during the post-War decades is indefensible. Yet, many politicians and commentators are determined not to acknowledge the role their obsession over immigration has played.

On his first appearance in the House of Commons after being appointed Home Secretary, Sajid Javid took questions on Windrush. He wasted no time in distinguishing, in his words, 'the separate issue of illegal immigration.'.

The word ‘illegal’ in this context comes very easily to many law makers and policy advocates from across the political spectrum. But few appear to give much thought to what it means, whom it affects and the wider impact of promoting and proliferating this term.

There are vast numbers of people in the UK, including children born or raised here, who become overstayers or undocumented because the #immigration system is impossible to navigate & the fees are simply too high. Just something to think about next time you use the word 'illegal'.

The real purpose of an immigration system

The first aim of any immigration system should be to ensure people who are entitled to come, go and stay can do so safely and with as little fuss as possible; and other people that are eligible, are enabled to do the same.

An approach to immigration rooted in suspicion that treats people as possible offenders, will only ever do more harm than good.
The urgency with which the Home Secretary and others have sought to renew the emphasis on ‘illegality’ in the context of immigration is, therefore, dispiriting and dangerous. It perpetuates the very approach to immigration that has beset policy and practice for decades, an approach that has led directly to the current scandal.

It is this obsession with immigration that has led directly to policies and decisions that robbed people like Anthony Bryan, Sarah O’Connor and Sylvester Marshall of their jobs, their homes, their health, their family life, their very identity, even their lives.

A pejorative term of uncertain meaning

Using the term ‘illegal’ in relation to immigration implies a distinction between people, neatly divided between those lawfully in the country and those not. Those using it never seem to ask themselves whether the distinction exists in practice or principle.

If they were to attempt in good conscience an answer, they would need to confront several difficulties. Among people who enter the country without permission or stay longer than permitted, are many that cannot be properly labelled with 'wrongdoing'. Refugees, for example, must get to the UK before they can seek asylum. Many of them are compelled to enter without permission – and international human rights law entitles them to do so. This is necessary to guarantee their right to safety. There is no wrongdoing in a refugee crossing a border to claim asylum.

People trafficked into the country or held here in slavery or trapped in abusive relationships may or may not have permission to enter or stay. Many do not. But their circumstances do not present them with many options. They are wronged not wrongdoers. Immigration policies and practices which threaten these people with prosecution, incarceration or other penalties for not having permission to stay, only serve abusers with a means of control over their victims.

And what of children who come to the UK? Whether they arrive with parents or guardians or without, some of them end up staying longer than permitted without being in any way responsible for their circumstances. These children may have little or no memory of the countries they left and may not even know that, unlike their schoolmates and friends, they are not British.

"thousands of undocumented children around the UK. Each one with the potential to do great things. The stability of citizenship and a status in the UK allows them to achieve that" @AmnestyUK_CHRN blog by @murphytoniann#children #citizenshipfee https://t.co/pjOtkWfJpg

And there are even more practical problems

Having a status – whether citizenship or an immigration status – and satisfying officials and others of this are two very different things.
The Windrush generation are certainly not the only people to have difficulties evidencing the status they already have. And, as long as political and societal attitudes which marginalise people and treat them with suspicion continue to be encouraged, this will remain the case.

Problems are not limited merely to people who have a status already. Many people are entitled or eligible for a status but have great difficulty establishing this. And others struggle to extend their permission to stay despite being eligible to do so.

There are several reasons for this. Immigration rules have become fiendishly complicated, fees have been ratcheted up, appeal rights removed and legal aid cut. These policy decisions have all been driven by underlying hostility and suspicion towards migrants.

Among those entitled to a status but prevented from attaining it are thousands of children born in the UK, but not born British. Many of them are entitled to British citizenship but are wrongly treated both as migrants and as in the country unlawfully.

The more intense the focus on tackling so-called illegal immigration, the less any of these distinctions will matter to the immigration system and those tasked with implementing it. As has been made clear, for many years they have not mattered to those responsible for setting policy and have not mattered for those carrying it out.

The previous Home Secretary, Amber Rudd, was right when she said the Home Office had lost sight of the people affected by its policies and strategies.

Thus, it is that use of the term ‘illegal’ in the context of immigration has everything to do with the Windrush scandal. Its continued use promises to wreck more people’s lives in the future. For politicians currently so concerned to stress a need for humanity and fairness, this arbitrary and pejorative term really ought to be off limits.

Steve - You are nearly correct. Here in the US the term for residing in this country unlawfully are officially known as illegal aliens. There is no such thing as an "illegal immigrant" because immigration is a process that one enters into with a host country. Illegal aliens are the opposite of an immigrant because they avoided the process of inspection. ILLEGAL ALIEN is the proper term.