Suffering in silence: The invisibility of LGBTI refugees 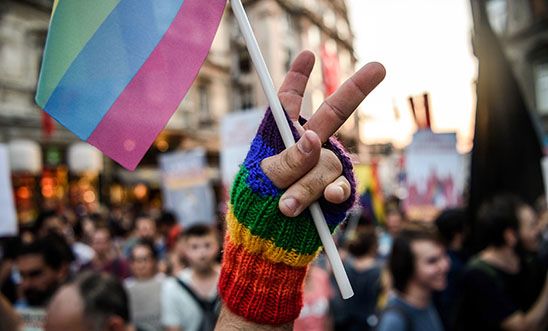 This post is by Moud Goba from Micro Rainbow International which works to enable LGBTI people to step out of poverty and improve LGBTI rights everywhere.

20 June is World Refugee day when we commemorate the strength, courage and perseverance of millions of refugees. As we commemorate, launch campaigns and activities to raise awareness and stand with refugees, it is important to remember that amongst the refugee community is an invisible and marginalised group.

The lesbian, gay, bisexual, trans and intersex (LGBTI) refugee community continues to suffer discrimination and violence even in their safe host countries. They are excluded and ostracised from refugee and migrant communities because of their sexual and gender identity.

Homosexuality is still illegal in 72 countries with 45 countries criminalising sexual relationships between women and 8 countries able to impose a death sentence. Every year, close to 2000 LGBTI people seek refuge in the UK because of experiences of and fear of persecution because of their sexual or gender identity. Most LGBTI refugees have experienced bullying, torture, blackmail, imprisonment, rape, forced marriages and other forms of persecution in their home countries.

They also continue to be ostracised and experience discrimination, homophobia and transphobia within religious, refugee and migrant spaces.

Refugees have reported experiences of bullying and abuse from other refugees within communities and in their government provided accommodation. Asylum seekers have no permission to work, with no sources of income, they are vulnerable to poverty, exploitation and homelessness.

'I was not allowed to work and when I found myself homeless, I was told that I was not eligible for homeless support through local councils. I had no money, nowhere to go and no one to turn to. This situation caused an immense amount of stress and it took a toll on my mental health.'

He was supported by Micro Rainbow International (MRI) - an organisation fighting to end the poverty of LGBTI people. MRI is tackling the growing problem of homelessness, poverty and isolation within the LGBTI refugee community and has opened the first safe houses in the UK offering accommodation to homeless LGBTI refugees. Alongside housing support, MRI offers moving on and integration support in employability, education and social inclusion.

People often ask how they can support LGBTI asylum seekers. Being aware of the issues and challenges asylum seekers face, raising awareness, becoming allies and supporting groups and organisations such as Micro Rainbow International is a good start.

Pride began as a stance against discrimination, to promote equality, increase visibility and celebrate the diversity of LGBTI people. At the start of the Pride season, let us remember to support and celebrate invisible and marginalised LGBTI refugees.

Great article. Much much more needs done by our nations to work with countries governments in highlighting HUMAN RIGHTS to all LGBTI people and, to offer pathways and provisions that enable individuals who identify as LGBTI, to leave their countries in a safe and dignified way, avoiding being subjected to the inevitable torment and abuse at the hands of their own people at home. There is still so so much to be done and the help can only continue by supporting causes such as Micro Rainbow and raising awareness of these issues that don't get much press or publicity - another suggestion, that the lives of refugees are insuperuoir to the rest of the human race.