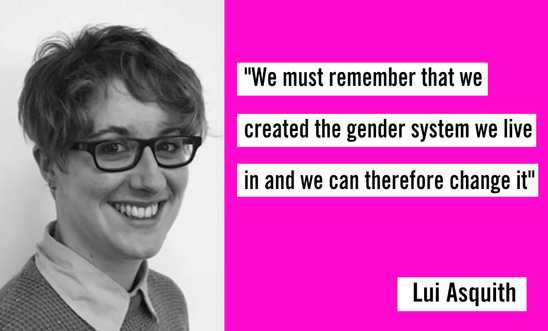 As a non-binary person and as someone who works for the rights of trans and gender variant children every day, IDAHOBIT 2019 is an opportunity to address the transphobia that unfortunately is very much alive today.

We have equality and human right laws in the UK that are thought to safeguard the most vulnerable in society from prejudice, discrimination and harassment. And indeed, we have laws that technically protect trans people of all ages, but the reality is that trans people are still walking the streets in fear of abuse, ridicule and ostracisation to a disproportionately high degree.

IDAHOBIT is a day that we should be asking: why is this?

When I think back to IDAHOBIT 2018 I note that ‘gender incongruence’ wasn’t yet declassified as a disorder of mental health in the International Classification of Diseases (ICD) by the World Health Organisation. When you remind yourself of this, it illuminates why transphobia is still alive, irrespective of the equality and human right laws we may have – because we have pathologised being transgender forever: society has been taught being trans is a mental illness and transphobia is built upon the idea that being trans is ‘abnormal’.

IDAHOBIT is important because it is a day every annum that gives us another opportunity to say: we are not abnormal, we are human.

We, as a society simply need to embrace how gender is experienced by us as a species and not be scared by the reality that is more beautifully complex than two boxes determined at birth. We must remember that we created the gender system we live in and we can therefore change it. It is all well and good putting laws in place to protect, but we should also be focusing on changing legislation that mitigates the risk of trans people needing to be protected.

IDAHOBIT should be used by the trans population to say: I am here and valid.

And used by others to listen and vocalise solidarity.