Surviving the ongoing crisis in Venezuela 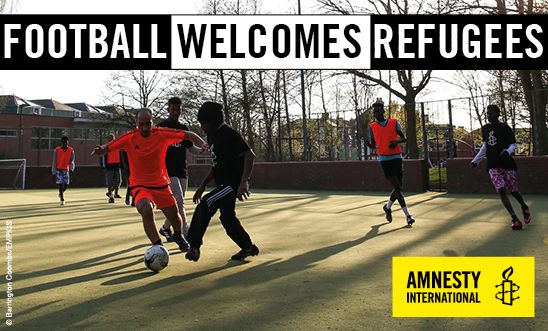 The seemingly endless crisis in Venezuela appears to have entered a new dark and alarming chapter.

As if from the pages of a terrifying thriller, a crisis that seemed to have reached its worst point in recent months has escalated further, after weeks of protests sparked by growing anger and frustration towards what looks like a never-ending catalogue of problems.

A week ago, on 17 April, President Maduro ordered the military onto the streets – two days before planned peaceful protests across the country on 19 April. He said the military would be “marching in defense of morality” and “against those who betray the homeland”.

Terror on the streets

Amid one of the largest demonstrations in recent months, this ‘call to arms’ by the government was disastrous: at least two people died in suspicious circumstances, hundreds more were injured and detained – adding to the more than sixteen deaths reported during protests over recent weeks. Evidence grew that groups of armed vigilantes are taking the law into their own hands. Further demonstrations have been called for the coming days.

I thought that living (or surviving) in Venezuela had prepared the population here for anything. The endless strategies to find two kilos of rice, get hold of anti-convulsants or high blood pressure medicine has made us all experts in the art of making do.

Now, people also face the utter terror of going out into the streets. Old and young fear stepping out of their homes, participating in peaceful demonstrations, complaining about what it is like to try and survive here.

If you do go out and exercise your right to peacefully protest, you might be tear gassed (including from helicopters), beaten, locked up in jail for years without due process or even shot by one of the paramilitary groups that, although unacknowledged by the authorities, are now running amok across Venezuela.

Wave after wave of crackdown and repression

Violence by some protesters has been cleverly used by the authorities to justify widespread repression and perpetuate the “us vs them” discourse that has done so much harm to our country. You only need to step outside to breathe this climate of fear.

Repression and violence during protests is not new to Venezuela – in 2014 more than 40 people, including at least six members of the security forces, were killed. More than 650 people were injured and more than 2,000 detained. Impunity has been rife.

Many, perhaps naively, thought these events were a one-off. We thought the country would learn from its recent history. But over the past few weeks, a cloud of uncertainty and violence has cast a new dark shadow over Venezuela. Day after day, we wake up with news of fresh protests followed by the frightening images of violent confrontations between protesters and security forces.

Since the latest wave of demonstrations began on 4 April, tensions have escalated daily. People looked like they have nothing to lose. That’s true for many of them.

What began as protests against the political and humanitarian situation in the country and a (since overturned) ruling by the Supreme Court to ‘ban’ Congress, have quickly turned into something much more worrying.

By the third day of these protests, my family found ourselves giving shelter to injured demonstrators in the hall of the building where we live. We gave first aid to bruised and battered men and women who were frustrated and exhausted by the realities of daily life in Venezuela.

I watched as tear gas canisters were thrown from helicopters while President Maduro, speaking from Cuba, tried to reassure the population, saying that “Venezuela is at peace, except for a few pockets of violence that are being dealt with”.

This contrasts starkly with the reality on the ground. In just over a fortnight, at least seven people have died during the protests and hundreds more have been injured.

A few days after the initial wave of protests, the Venezuelan Public Ministry announced an investigation to find those responsible for the killings. But this effort towards justice and accountability must not be just for show. Instead, it must be a genuine commitment to the full respect and protection of human rights, where those who think differently from the government are not portrayed as enemies and where those who violate human rights are brought to justice.

The tragic contrast between the Venezuela portrayed by the country’s authorities and the one we actually live in is so huge, it’s difficult to explain. The country President Maduro speaks about is at peace. People there are handed food donations from government-sponsored trucks. Children happily study in school, none of them fainting in class because they have nothing to eat at home. Hospitals are fully stocked, providing their patients the best care available.

But this is mere fiction – following in the celebrated Latin American tradition of magical realism.

In contrast, the Venezuela I – and millions of others – wake up to every day is a real-life labyrinth where buying the most essential items has become a nearly impossible struggle.

“How do people in Venezuela survive?” many people ask me. I still have not been able to find an answer.

But one thing is certain. The Venezuelan authorities’ “see no evil, hear no evil” attitude to the crisis does not cut it any more. Hiding behind a veil of propaganda and playing victim to some shadowy international plan to destabilise the country is not helping anyone in Venezuela to eat and stay healthy.

The time has come for all government institutions to fulfil their duties and work on behalf of all the people in the country.

How much longer we can go on like this is anybody’s guess, but the fact remains that something can and must be done to prevent our country from falling into an abyss with no return.