It's a human right to agitate the 'injustice' system 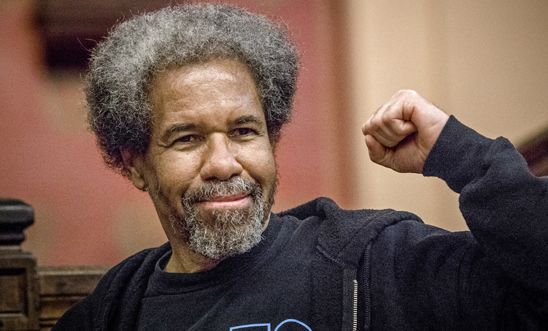 By Albert Woodfox. Listen to Albert's story in full on our new podcast.

A year ago on 19 February 2016 I walked out of a Louisiana prison a free man after serving 44 years in solitary confinement.

At that moment I became 'famous' as the longest serving person in solitary confinement in the world, as well as being the last member of the Angola 3 to be free.

For over 44 years - along with fellow Black Panthers Herman Wallace and Robert King - we turned our death chambers into classrooms and courts of law from which we educated fellow inmates and stood up against a violent, racist and brutal prison system which targeted us for our activism.

We believed then, as we believe now, that it is a human right to challenge and agitate the 'injustice' system.

The confinement the Angola 3 endured was not only cruel and unusual punishment but also torture and as a result of our case, solitary confinement was recognized as such by the UN Rapporteur on Torture in 2013 and then later by Amnesty.

Also, since our freedom, we have seen positive legislative changes curbing the use of solitary confinement – most recently in Louisiana itself.

But the spotlight was not always on the Angola 3 and I know too well what it is to be an ordinary man put into extraordinary circumstances.

And so since my release I have travelled throughout the US and to Europe with King to continue to take a stand against the flawed US prison system and against the use of solitary confinement on behalf of the political prisoners still incarcerated in the US, including seventeen Black Panthers such as Russell Maroon Shoatz and Kenny Zulu Whitmore. I also continue to take a stand in honor of Herman Wallace who stands by my and King’s side in spirit and who we deeply miss.

Since my release, one of the questions I am most frequently asked is why after over four decades of struggle I continue to take a stand after what I have been through. To a young man who asked me this in England last year, this is what I said:

"So future generations do not have to suffer like we did.

So that people can be judged by the content of their character and not by the color of their skin.

Old men like us are fighting to make sure you see victory - as one day we are going to win."

So even when it feels like you are not going to win, when you grow disillusioned with politics which put greed before people's human rights, when you don't think you can make a difference - please remember that if you had not taken a stand to support the Angola 3 and joined the hundreds of thousands of activists around the world who did, I may not have been able to write this to you today.