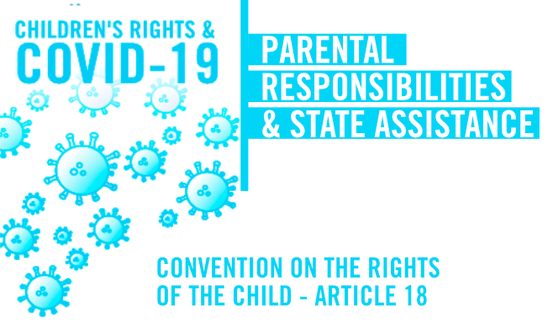 The national discussion around children during the coronavirus crisis, or at least the discussion the government would like us to have, has largely focused on children’s educational needs and the imperative to reopen schools. These are self-evidently important issues. On the other hand, with the honourable exception of some charities and the children’s commissioner, there has been minimal discussion in relation to the broader agenda of children’s lives and the role of social work in their safety and well-being. It’s almost as if the government might be a little sensitive to the charge of having decimated the funding base for children services over the last 10 years. A series of ideological decisions that have left most children services around the country desperate for a realistic funding settlement and most children’s social workers feeling distinctly under-valued.

The government seems to like to pick and choose which key workers are worthy of our gratitude and recognition and which are not. Or rather it catches up with public sentiment when there is no other option. Easy to pay lip service to key workers when it’s obvious how much bravery and compassion is being shown by workers from hospital staff to bin collectors all across the country. I may have missed it but children social workers don’t seem to have got the government nod as very ‘key’ so far. How could this be?

Children going to school and the role education can play in narrowing inequalities is of course important but the current national debate is almost never framed in the context of children’s rights. I think, flawed as children’s services can sometimes be, they do essential ‘rights’ work around safeguarding and children’s thriving. Social work, at its best, can also embody our sense of community and our obligations to each other, something this government don’t seem to be really that keen on. Anything that smacks of the communal, of shared rights and commitments, even if this is to do with vulnerable children, can go whistle. Whilst they get on with the important business of shrinking the public realm, allowing inequality to explode and undermining our sense of connection to each other.

So what is it they really want to do about children right now?  Early on in the pandemic the government introduced emergency legislation to relax local authorities' statutory duties to vulnerable children in England until at least September. The Secretary of State Gavin Williamson, once he’d finished shouting at Russia, thought the best contribution to children’s lives he could make would be to allow, for example:

In the press, sector leaders, including children’s rights charities and foster placement providers, described the changes as “dangerous” and “unnecessary”. I couldn’t agree more, but are they surprising given the lack of serious commitment to children’s rights in England?

The re-evaluation of priorities that will come as we adjust to the new post coronavirus world has some hard thinking to do in terms of what inequality really means for the everyday lives of hundreds of thousands of children in England. Who gets included in the charmed circle of key workers and how are we going to recognise how important they are to our communal life? Social workers and others who work with children would be helped enormously in the difficult work they do if they simply had genuine backing from the government and the necessary funds with which to do their work. If they were less invisible.

And in a time of social and financial crisis it’s even more important that work with children is framed by the UN Convention on the Rights of the Child. This could be the only way to prevent further back-sliding into a de-regulated future and a disaster for children’s well-being and safeguarding.