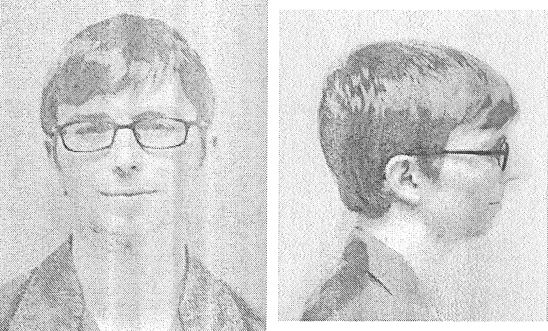 Tomorrow Chelsea Elizabeth Manning will be a free woman. After seven years in detention – and until this January facing incarceration in military prison until 2045 – her freedom is momentous indeed.

"For the first time, I can see a future for myself as Chelsea. I can imagine surviving and living as the person who I am and can finally be in the outside world. Freedom used to be something that I dreamed of but never allowed myself to fully imagine."
Chelsea Manning, 9 May 2017

Chelsea is truly one of the biggest human rights heroines of our age. She changed the face of whistleblowing when she was the source of the biggest military leak in history in 2009. Without her, there would be no Snowden revelations, no knowledge of the shocking and widespread mass surveillance of citizens around the world by their governments.

As others have pointed out, tomorrow Chelsea will re-enter a world that is vastly altered since her arrest in May 2010, when she was then known as Private Bradley Manning. Now, Chelsea Manning is world-famous: a whistleblower, trans rights activist and human rights activist.

Yet the human rights abuses that Chelsea revealed via Wikileaks have never been investigated, nor was her defence that she was acting in the public interest considered at Chelsea’s trial. Instead, Chelsea was made an example of and dealt an unprecedented 35-year sentence for leaking state secrets. She has now, after seven years in detention, served the longest sentence of any whistleblower in the US.

Chelsea has endured so much in those seven years of incarceration. And through it all, she cites support from fellow humans as the one thing that kept her going. She has paid moving tribute to her fellow prisoners who supported her through difficulties in military prison. Beyond the prison walls, messages from people around the world have helped keep her hopeful and helped her push on and be who she really is.

“One thing I’ve had to learn to remember is that there are thousands of people all over the world thinking about me every day. Knowing that does help me get through my day. It helps me to get up in the morning, and it helps me have the strength go through this routine that has become my life.”
Chelsea Manning, August 2016

Thank you for supporting the campaign to free Chelsea

You called for her release

It really worked. You signed petitions to President Obama, calling for Chelsea’s release. Three days before he left office, Obama commuted Chelsea’s sentence to seven years – bringing her release date forward from 2045, when Chelsea would be in her sixties, to tomorrow.

Chelsea may have been dealt her sentence and endured callous treatment under the Obama Administration, but sustained pressure from people around the world, all repeating that same call – ‘free Chelsea Manning’ – meant that the authorities couldn’t ignore it any longer.

You showed her that you cared

Thousands of you wrote to Chelsea via our website over the years. We printed every message and posted it to her in military prison. And Chelsea has been open about how those messages and that support made a difference in her darkest days.

On Chelsea’s 27th birthday, back in 2015, she featured in our Write for Rights campaign. A million of you signed a petition to Obama calling for Chelsea’s freedom, and another 5,000 of you wrote birthday messages to Chelsea online, and many more posted letters.

When she faced further punishment for having 'contraband' magazines and toothpaste in her cell, you sent her more messages.

You listened to her story

Last year, Chelsea spoke to us for our In Their Own Words podcast – to tell her story, from her point of view. If you haven’t already listened, it is a fascinating insight into Chelsea’s early life and the events that led her to blow the whistle. Do listen and share to help Chelsea tell her story for herself.

The process of making the podcast was complicated – we couldn’t record Chelsea speaking from military prison (she would have been severely punished for such a recording). Actress Michelle Hendley voiced Chelsea’s words for the episode – another young trans woman showing solidarity and compassion for someone who could not fully speak for herself.

We wrote questions that Chelsea duly typed answers to during her limited time in the prison computer suite. She wasn’t allowed to save any documents, so the process was drawn out. We went back and forth, compiling and agreeing a script she was happy with, that she felt told the story of who Chelsea Manning was. She was, of course, limited in what she could reveal about certain aspects of her interrogation and imprisonment. But she did say that having a voice was hugely important to her. When she thought she faced another four decades in detention, it was a source of empowerment in such disempowered circumstances.

“I feel like I’ve been stored away for all this time without a voice… I feel like there’s so much of a contribution to society that I could be making. I spend every day looking forward to the hope that one day I can give it a go.”
Chelsea Manning, In Their Own Words podcast

That day is here – a lot sooner, perhaps, than Chelsea imagined. Her contribution to society is already – in my eyes – phenomenal, but I look forward to seeing what she gets up to next.