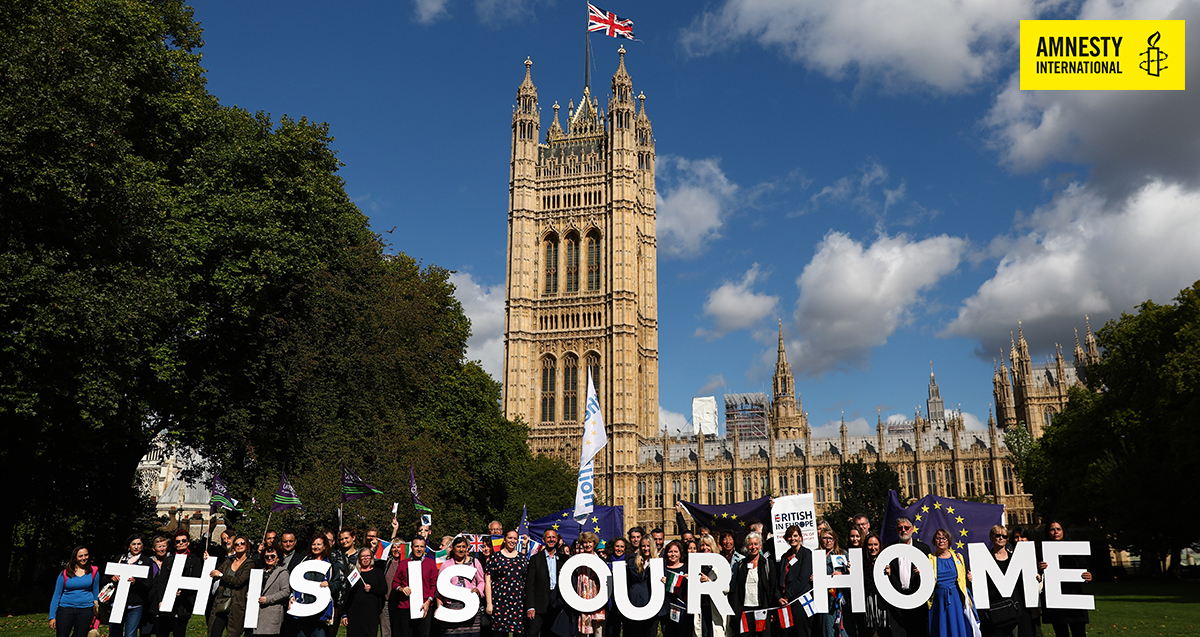 British Born and Bred: Recognising the importance of Eurochildren’s rights to British citizenship during Brexit

I am writing to tell you my story.

On a single page appears some text over bright crimson tones. It reads “Certificate of Birth” in bold lettering, followed by my birthplace, London. My parents having moved here from another EU country.

But it was at 17 that I discovered that I may not be as British as I’d always believed. At 19, my name was crossed out at the polls for the EU referendum. At 20, I shared my story with the local council who, to my delight, informed me that I would be able to vote in the snap election – only to take it back later. At nearly 21, I was refused a British passport. This was also the year I was told by a lawyer that I would not be eligible for Permanent Residence as I did not have 5 years of ‘qualifying period’ in Britain – a direct result of the Comprehensive Sickness Insurance requirement which at the time was gaining attention but of which the Government has since confirmed will not be required for EU citizens to stay in the UK. At 22, when looking for graduate opportunities, I noticed a requirement: “you must be a British citizen.”

I now face £1206 fee to register for British citizenship.

Only a fraction of this is for administrative purposes, while the rest raises revenues to subsidise immigration applications, including EU Settled Status and visitor visa applications. We are being priced out of our rights.

“But you were born here?”

Yes, dear Reader. I was born here and have lived here my entire life – bar an Erasmus year in my twenties. I have studied here. I have worked here. I have volunteered here.

Under the British Nationality Act (BNA) 1981, a child born in the United Kingdom is only a British citizen if one parent is either British or “settled” – defined by Indefinite Leave to Remain or Permanent Residence. This is a little-known fact. Many assume that birth equals citizenship, known as jus soli, as is the case in the United States. But the BNA put an end to this practice in Britain. The significance of this will have been lost on EU nationals who did not anticipate the loss of free movement rights in the UK, whether to themselves or their children.

For those of us affected, this discovery is devastating and confusing. I spent over 4 years looking for answers using the limited resources I had and even then, it was only until I spoke to a citizenship law specialist at PRCBC that I realised that there was another option. This is the case with many children and young people, who often only become aware of their circumstances when their civic status becomes pertinent – such as when registering to vote, applying to university, or requesting a first-time passport. This is an incredibly isolating experience. Some of us have never been to our country of citizenship or visit very little. Some of us are unable to speak the language or are mocked when we do. We are never British enough. We are never [Spanish, Pakistani, Ghanaian, etc.] enough.

You may have heard stories that EU citizens are at risk to become the ‘new’ Windrush. I hesitate to speak on these terms because this wrongly suggests that the injustices faced by the Windrush generation are resolved.

Nevertheless, Windrush history reveals much about the injustices faced by non-EU and EU nationals alike.

For EEA and Swiss citizens living in Britain, there is the Settled Status scheme. However, for many ‘eurochildren’– that is, those born and/or raised in Britain to European parents – the scheme is not appropriate. Some children may already be British citizens and many others have rights to British citizenship.

To us, citizenship means safety, belonging, and recognition within a country we have always known as ‘home’ – something which Settled Status would fail to provide. The Windrush scandal has demonstrated clearly that there is no immigration status that can ever substitute for the security of citizenship.

Eurochildren (and their parents or guardians) must be made aware of their possible rights to British citizenship.

First and foremost, this involves identifying whether the child is already British. If not, the child may be eligible for a number of other citizenship options before they need to even consider Settled Status. For difficult cases, a citizenship specialist should be contacted.

I have this nightmare. I get home and I shuffle through my post. In a crisp, white envelope lies a letter: “Notice of Removal”.

In telling my story, I hope that I can draw attention to the citizenship rights of children and young people born and/or raised in the United Kingdom. This is not just about the children of EU citizens – although the confusion around Brexit and the Settled Status is a current and urgent issue. Citizenship is vitally important to all people who were born and raised here.

Thank you for your time, Reader. Before you go, I would like to ask you to consider: signing this petition, writing to your MP, completing this short survey if you have or know of a child born in the UK without British citizenship, or supporting PRCBC to urgently change the nightmare letter of deportation into the prompt acquisition of the right to British citizenship.

With special thanks to my loved ones, Amnesty UK, and PRCBC for encouraging me to tell my story.