Windrush one year on: Scandal 'far from over' 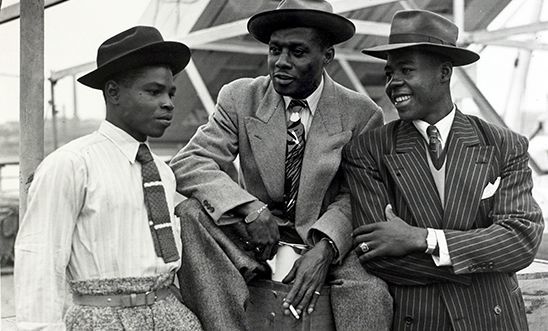 Call for ‘fundamental reforms’, including removal of profit element from fee for people registering their rights to British citizenship

In a new briefing published ahead of the one-year point since the UK Government first acknowledged the Windrush scandal, Amnesty International is warning that the scandal is “far from over” and calls for a series of fundamental reforms.

A year since the then Home Secretary Amber Rudd apologised in the House of Commons on 16 April 2018 for the Home Office’s mistreatment of Windrush individuals, Amnesty is calling on the Home Office to respect rights to British citizenship and for urgent reform to the UK’s immigration system (see recommendations below).

“The Windrush generation were failed by decades of harmful Government policy and practice that effectively deprived people of their rightful citizenship and unleashed a range of harmful immigration powers against them.

“A year on, and this scandal is far from over. Its causes remain to be fully recognised, let alone addressed.

“Systemic injustice and racism in the UK’s nationality and immigration systems continues to destroy the lives of many people, including British citizens.

“Among them are the thousands of children, many born in the UK, who are denied their rights to British citizenship because of a profit-making fee they cannot afford.

“The Home Office’s persistent denial of its own dysfunctionality is an insult to the Windrush generation and others who continue to be harmed by this country’s immigration system.

“There needs to be fundamental reform at the Home Office, which needs to start actually respecting people’s rights.

“Until the Government takes responsibility and addresses the root of the problem, people’s lives will continue to be devastated just as happened to the Windrush generation.”

16 April 2018: then Home Secretary, Rt Hon Amber Rudd issued a formal apology for Home Office mistreatment of Commonwealth citizens who had settled in the UK decades ago and announced that a Home Office taskforce would be set up to help them establish their longstanding rights to live in the UK.[1]

17 April 2018: the Prime Minister met and apologised to 12 Caribbean heads of government.[2]

23 April 2018: Amber Rudd announced she would waive Home Office fees and citizenship tests (knowledge of language and life in the UK) for members of the Windrush generation and their children to become British citizens; and ensure people who had been wrongly expelled or excluded from the UK were able to return without having to pay fees. She also announced there would be compensation and lessons would be learned.[3]

29 April 2018: Amber Rudd wrote to the Prime Minister to resign as Home Secretary.[4] She was replaced by the current Home Secretary, Rt Hon Sajid Javid, who promised to make good on the commitments his predecessor had made.[5]

10 May 2018: Home Office opened a consultation on setting up a compensation scheme.[8]

24 May 2018: Sajid Javid announced the Windrush Scheme (which opened on 30 May) under which people who had settled in the UK prior to 31 December 1988 could apply for free for documentation confirming British citizenship or their right to live permanently in the UK.[9] He also laid regulations before Parliament to waive the fee (and knowledge of language and life in the UK tests) for certain Commonwealth citizens to naturalise as British citizens.[10]

True nature of the Windrush Scandal:

A major cause of the injustice and harms done to the Windrush generation of Commonwealth citizens was the loss of British citizenship rights.[11]

The origins of the scandal date back to the policies pursued by post-war governments intentionally designed to restrict black and Asian British nationals coming to the UK. These policies culminated in the loss of British nationality of many people who had come and settled in the UK.

A legislative scheme was included in the British Nationality Act 1981 whereby people who had their British nationality taken from them were entitled to register as British citizens. However, this scheme was time limited, there was a fee and many people were unaware of the scheme or that they were no longer regarded as British. While people who had settled in the UK prior to 1 January 1973, and their family members, were entitled to live permanently in the UK, this was by virtue of an immigration status rather than a right of citizenship.

The full impact of this was realised many years and decades later when changes in immigration policy and law – particularly changes requiring migrants to pay for biometric identity documents and changes making these documents increasingly necessary to access various social opportunities, including to work and rent accommodation, and access various public services, including social assistance and healthcare. A further intervening cause was the Immigration Act 1988, which on 1 August 1988 changed the long held absolute right for Commonwealth citizens settled in the UK prior to 1 January 1973 to return to the UK. The change imposed a two-year restriction on absences – something of which many people affected were not made aware.

This is dealt with in far more detailed in Amnesty International UK’s submission to the Home Office Windrush lessons learned review.[12]

Citizenship rights of people born in the UK and children growing up in the UK:

The parliamentary intention was that all people truly connected to the UK should have British citizenship. They should not be treated as mere guests in their home country, their presence ultimately dependent upon the grace of the Home Secretary and subject to changes in immigration policy.

Just as that intention was not fulfilled for many members of the Windrush generation, it has not been fulfilled for tens of thousands of people born and grown up in the UK. The reasons for this are strikingly similar to the origins of the Windrush scandal – many people do not know they are not regarded as British citizens, do not know of rights to register as British citizens or, if they know these things, cannot access their right to register including because the Home Office has imposed a “huge”[14] fee of £1,012 (most of which is in excess of the administrative cost of registration and intended to raise revenue for the department).[15]

The results of this are also striking similar to the Windrush scandal including that people who know of no other place, are entitled to the citizenship of this country and, in many instances, have lived here all their lives are treated as guests and dependent on the grace of the Home Office. Some people face being expelled from their home country.

There is much attention to Brexit and the settled status scheme set up for European Economic Area (EEA) and Swiss nationals (and their family members) to secure their rights to live and work in the UK after the ending of European free movement rights in the UK. The risk that this scheme will prove inadequate is often described as analogous with the Windrush scandal. There is some justification for the analogy. The consequences to EEA and Swiss nationals, and their family members, of not registering under the scheme could be very similar to the experiences of members of the Windrush generation in losing their jobs, livelihoods and homes, being excluded from vital social and public services and being detained and expelled from the country of their home.

Nonetheless, the analogy is far closer in relation to many children of EEA and Swiss nationals – several of whom born in the UK and many others brought to the UK with their parents and grown up in this country. These children have rights to British citizenship. It is alarming that the necessary attention to the settled status scheme which is of such significance to securing their parents’ futures in the UK continues to obscure the citizenship rights of these children. The most poignant of the lessons that ought to be learned from the Windrush Scandal must be that no immigration status is ever a substitute for British citizenship. The continuing failure to prioritise and promote existing rights to British citizenship, and ensure the accessibility of registration of these rights, is unsafe and unjust. It risks doing precisely what was done when the seeds of the Windrush Scandal were first sown – that is leaving British people treated as mere guests in the country of their home and citizenship; and their right to continue living here unjustly dependent on the grace of the Home Office.

More generally, the harms caused by volatility of the immigration system (including sudden changing of rules, policies and processes) and the loss of vital safeguards (including legal aid and appeal rights) continue. The risks to EEA and Swiss nationals arise primarily from the prospect of being made subject to this system, which already causes considerable harm and injustice to many non-EEA/Swiss national migrants. This too has received far too little attention in the wake of the Windrush scandal.

Recent events and developments since the Windrush Scandal broke:

On 19 March 2019, the Home Office informed the Home Affairs Select Committee that the Windrush Scheme had assisted 4,470 people to obtain British citizenship or confirmation of their permanent right to live in the UK; and the Windrush taskforce had additionally assisted 2,459 people to do likewise.[16]

The Immigration and Social Security Co-ordination (EU Withdrawal) Bill remains awaiting its Report stage in the House of Commons. The Bill, which is intended to establish the framework for the introduction of a single immigration system following the end of European free movement, includes nothing to ensure that system will be any less volatile or include any greater safeguards than its current predecessor, which has caused such harm to members of the Windrush generation and many other people subjected to it.[18]