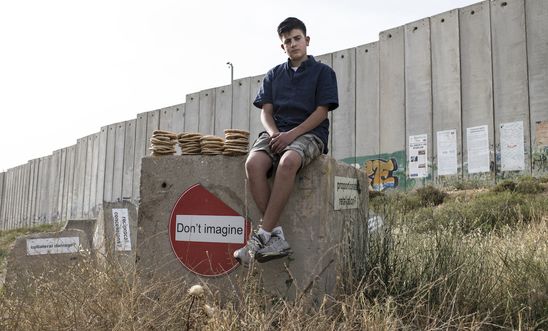 Abdul-Rahman: "I was at my dad's shop and a jeep came and was shooting gas. I ran away immediately..people were suffocating” © Tanya Habjouqa/NOOR

In truth, many feel hollow - paying lip-service to the issues raised by George Floyd’s horrific killing without looking inward at their own responsibilities.

Take the intervention from online holiday giant TripAdvisor. It recently tweeted that it “stand[s] with all those protesting racism and injustice”.

Really? Does it? In that case, the company must have simply “forgotten” about its own operations when it comes to holidays and visitor attractions in Israel’s settlements, illegally built on Palestinian land. When Amnesty looked at the online tourist sector’s involvement, we discovered that TripAdvisor lists more than 70 different attractions, tours, restaurants, cafés, hotels and rental apartments in settlements in the occupied Palestinian territory, including in East Jerusalem.

How, then, is this not a malign business operation, one that actually enables and contributes to ongoing racism and injustice against tens of thousands of dispossessed Palestinians?

By listing properties and attractions in Israeli settlements, TripAdvisor is profiting from Israeli war crimes in the occupied territories. Israel’s settlements are unequivocally illegal under international law. And they act to entrench institutional discrimination and gross injustice against Palestinians.

Is TripAdvisor somehow unaware of these issues? No. It’s been told about them repeatedly - privately and publicly. More than 320,000 people have signed an Amnesty petition calling on the company to end their part in these gross injustices. Palestinian and Israeli human rights activists have made similar calls on the company.

These injustices have been extensively documented by the United Nations, Amnesty International and many Palestinian and Israeli organizations.  Any basic risk assessment by TripAdvisor would reveal that any business activity in or with Israels settlements would contribute to sustaining a regime that is inherently discriminatory and abusive of the human rights of Palestinians. Yet TripAdvisor sails on, regardless, profiting from war crimes and discrimination while their PR people tweet about anti-racism and injustice - it’s deeply cynical.

Next time you see a tweet from a company like TripAdvisor saying it “stands” with anti-racism protesters, it will pay to check the small print. For as long as it persists in profiting from human rights violations against Palestinians, TripAdvisor will stand accused of hypocrisy when tweeting about racism and injustice.