The Amnesty CILIP Honour for Carnegie and Kate Greenaway 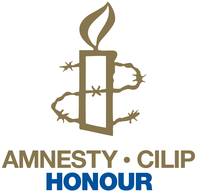 Amnesty and CILIP, the library and information association, are working together to raise awareness of human rights through outstanding children’s books.

From 2016-2018, the Amnesty CILIP Honour commendation was awarded to one book from each of the Carnegie and Kate Greenaway Medal shortlists.

2019 is the 25th anniversary of the United Nations Convention on the Rights of the Child; to mark the anniversary CILIP have launched the Shadowers’ Choice Award, this new award upholds children’s right to a voice.

We no longer awards the Honour commendation, instead we are focusing on strengthening our educational resources on shortlisted authors and illustrators for classrooms, libraries, Shadowers and group leaders.

Resources for all shortlisted books in 2016, 2017, 2018 and 2019 are free to download and you can order posters and bookmarks by emailing hre@amnesty.org.uk. You can now also order or download our new Story Explorer resource; this piece of classroom origami will help young people explore human rights themes in fiction with questions designed to promote discussion and critical thinking.

‘Stories are central to Amnesty’s work and we have a long and proud history of promoting children’s literature to help shape a better world. Good books have a unique ability to inspire empathy, raise awareness, broaden horizons and empower young readers to stand up for themselves and others. We hope this Honour and our human rights explorer resources will make it easier to find books that help children find out about core values such as truth, freedom and justice.’

‘Amnesty International and CILIP both oppose censorship and support the right to intellectual freedom, so this is a very natural partnership. The Amnesty CILIP Honour will highlight the fact that so many of the books chosen by expert youth librarians for the CILIP Carnegie and Kate Greenaway Medals have human rights at their heart.’

In each category, Carnegie and Kate Greenaway, the panel looked for books that:

Be a human rights story explorer

We created human rights story explorer resources for every book on both shortlists. Whether you are a teacher, librarian, parent, grandparent or involved with extra-curricular groups, you will find our notes provide useful tips to encourage critical thinking and creative activities.

The Carnegie Medal, awarded annually, was established in 1936 in memory of the Scottish-born philanthropist Andrew Carnegie (1835 - 1919). A self-made industrialist who made his fortune in steel in the USA, Carnegie’s experience of using a library as a child led him to resolve that 'If ever wealth came to me that it should be used to establish free libraries'. He set up more than 2,800 libraries across the English speaking world and by the time of his death over half the library authorities in Great Britain had Carnegie libraries.

The Chartered Institute of Library and Information Professionals (CILIP)

CILIP is the leading professional body for librarians, information specialists and knowledge managers. CILIP’s vision is a fair and economically prosperous society underpinned by literacy, access to information and the transfer of knowledge. CILIP is a registered charity, no. 313014. The Youth Libraries Group (YLG) of CILIP works in a ‘pressure group’ role to preserve and influence the provision of quality literature and library services for children and young people, both in public libraries and school library services.