Why we're taking the UK government to court over mass spying 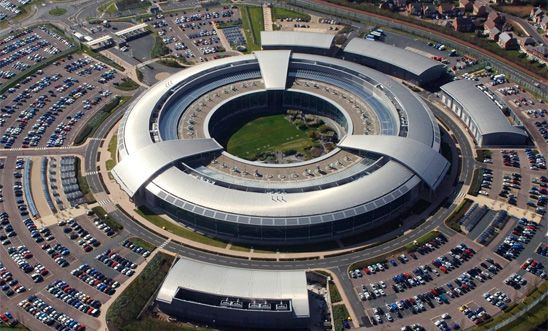 We are taking action against the UK government over concerns that our communications have been unlawfully accessed by the UK intelligence services.

In June 2013 the US whistleblower Edward Snowden revealed that the US and the UK security services are routinely collecting, processing and storing vast quantities of global digital communications, including email messages, posts and private messages on social networks, internet histories, and phone calls.

The UK government hasn't publicly accepted that these mass-spying programmes exist - they 'neither confirm nor deny' the existence of Tempora, the mass-surveillance system allegedly run by the Government Communications Headquarters (GCHQ).

Mass surveillance on such an industrial level is unlawful, sweeping aside our right to privacy and to free expression. Because of the global nature of our work, and our sensitive communications with activists around the world, it is highly likely that our communications have been intercepted by Tempora.

GCHQ’s Tempora programme works by intercepting data in most of the fibre-optic communications cables in and out of the country. Because a large proportion of everyone’s daily communications – for example, emails on Gmail, Yahoo Mail or Outlook.com, or Facebook messages – involve US companies, it is very likely the data will travel through servers outside the UK.

36 million people in the UK use Facebook. Through our social media use alone, GCHQ can keep tabs on more than half the UK's population.

Tempora is monitoring you

The fibre-optic cables that the UK secret services monitor carry 10 gigabits of data a second - that's 110 CDs of information every minute. GCHQ wasn't exaggerating when it first called the Tempora project 'Mastering the Internet'.

Around 300 GCHQ and 250 NSA staff are tasked with processing all that data. Specific searches around 40,000 key triggers, like keywords, email or web addresses,identify what they need to keep.

Valuable data can be kept for three days, and metadata for 30 days. One leaked document states that all metadata is usually kept: 'we pull in everything we see'. Metadata is information you create as you use all digital technologies. At the most basic level it includes the time something was created or sent, phone numbers and email addresses. Services such as Facebook and Twitter can capture your location, people you mention or tag, data from photos, and more. Google searches will capture what you searched for and what pages you visited.

To get an idea of the metadata that you share right now, try using this tool from the Guardian.

By accessing your metadata, governments and organisations can disover a great deal about almost every individual in the UK. The kinds of things you like, what you've searched for, web pages and physical locations you've visited, and more. Accidentally (and unknowingly) match one of those 40,000 triggers with the things you've done on the internet, and it's very likely you're being watched.

Who is being watched? And on what grounds?

Beyond 'national security', we just don't know. It's unclear what processes exist for deciding what is gathered or who it is shared with in the UK. Elsewhere, it's different - we do know how America's National Security Agency, the NSA, gathers and uses data.

It's unclear whether the UK schemes keep data for longer than 30 days in any circumstances, and if anyone has ever been arrested or charged based on intelligence gained through Tempora.

Chris Huhme, Energy Secretary from 2010-2012, has confirmed that at no point in his tenure was the Cabinet or the National Security Council briefed on Tempora. During his time, Home Secretary Theresa May and the UK Home Office were lobbying for £1.3 billion to be spent on systems very similar to Tempora for anti-terrorism and law enforcement purposes. So it's possible that the UK Home Office didn't know of GCHQ's mass-spying project either.

Edward Snowden spoke to the Council of Europe earlier this year, and confirmed that it's almost certain they have.

With organisations like Amnesty caught in Tempora's very wide remit, it is likely that sensitive communications between activists around the world will have been monitored and stored. And because the processes and systems are run in complete secret, we've no idea where that information has been shared.

Our right to privacy protects us so we're not persecuted for our beliefs, lifestyle or sexual orientation. But it's being heavily eroded without us really noticing.

At the moment, the justification is to stop terror attacks, but what happens when that justification widens - or when the technology is sold on to less ethical states who use it to root out political opponents and journalists, and to oppress peaceful protest?