Iran: Youth Arrested At 17 At Risk Of Execution 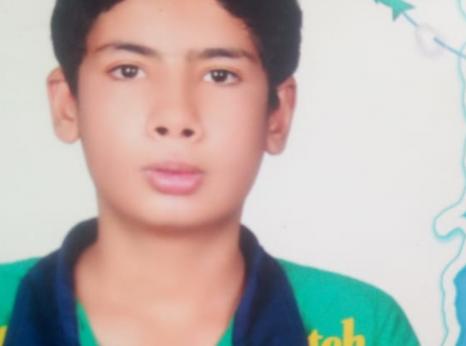 On 24 December 2021, an official from Adelabad prison phoned Hossein Shahbazi’s family to come for a final visit before his scheduled execution on 25 December 2021. Following international interventions, his execution was postponed. Hossein Shahbazi was arrested on 30 December 2018 and denied access to a lawyer and his family for 11 days while undergoing interrogations at a detention facility run by the Agahi in Shiraz. He was then transferred to a child detention facility but still denied access to his family for several days, after which his mother was allowed to visit him. The sentencing of Hossein Shahbazi to death on the basis of an opinion from the Legal Medicine Organization of Iran (LMOI) confirming his “maturity” at the time of the crime again highlights the complicity of doctors affiliated with the LMOI in the ongoing assault on children’s right to life in Iran.

Arman Abdolali was sentenced to death in late December 2015 after Branch 4 of the Provincial Criminal Court of Tehran convicted him of murder in connection with the disappearance of his girlfriend in 2014. In its verdict, the court stated that the way the murder was committed indicated that Arman Abdolali had attained “maturity” and understood the nature and consequences of the crime. In July 2016, Iran’s Supreme Court upheld the conviction and sentence. Arman Abdolali was subsequently scheduled for execution on 1 January 2020, but following an international outcry his execution was halted. On 8 February 2020, Arman Abdolali’s request for a retrial was granted and his case was then referred for retrial to Branch 5 of Criminal Court One of Tehran Province, which largely focused on whether there were any doubts about his “maturity” at the time of the crime to warrant replacing his death sentence with an alternative sentence. On 22 September 2020, that court ruled that it was not possible to determine Arman Abdolali’s “maturity” years after the crime took place, and in the absence of any evidence to the contrary, “the prima facie presumption of full criminal responsibility” stands. In February 2021, the Supreme Court upheld this sentence. See amnesty.org/en/documents/mde13/5049/2021/en/ for information on the circumstances of Arman Abdolali’s execution.

The court rulings in Arman Abdolali and Hossein Shahbazi’s cases highlight the flawed nature of Iran’s child justice system, which considers that in cases of murder and certain other capital crimes, boys aged above 15 lunar years and girls aged above nine lunar years are as culpable as adults and therefore merit the death penalty, provided they have “attained maturity”. Their sentencing to death underscores again the fundamentally flawed nature of Article 91 of the 2013 Islamic Penal Code that gives judges the discretion to impose the death penalty on those were under the age of 18 at the time of the crime. Under international law, no such discretion must ever be given under any circumstances. Amnesty International has also repeatedly called on the Iranian authorities, including parliamentarians, to amend Article 91 to completely abolish the use of the death penalty for crimes committed by people below the age of 18 in all circumstances and without any discretion for judges, in line with international law.

Iran’s criminal justice system facilitates the arbitrary deprivation of the right to life, perpetuates a cycle of violence and seeks to place the responsibility for state-sanctioned killings of human beings on those who have lost their next of kin to murder. Under Iran’s laws, qesas (retribution-in-kind) is a system of equivalent retaliation which involves subjecting those convicted of murder to the same fate as that suffered by the victim of murder - that is death. The law grants this power to the family of the murder victim who may demand and carry out the killing of the defendant or grant pardon in exchange for “blood money” (diyah). In death penalty cases involving persons convicted of crimes committed when they were children and based on qesas, including the casesof Arman Abdolali and Hossein Shahbazi, the Iranians authorities frequently misled the public and the international community by claiming that the final decision on carrying out or halting the execution is out of their hands and that all they can do is to mediate and encourage the family of the victim to grant pardon in exchange for “blood money” (diyah). Amnesty International emphasizes that these claims are dishonest and reflect a fundamental lack of respect for children’s rights by the Iranian authorities. Iranian courts sentence individuals to death for crimes committed when they were children, in flagrant violation of international law, and Iranian courts subsequently reject repeated requests to commute these death sentences.

The absolute prohibition on the use of the death penalty against persons who were under the age of 18 at the time of the crime is provided in the International Covenant on Civil and Political Rights and the Convention on the Rights of the Child, both of which Iran has ratified. It is also recognized as a peremptory norm of customary international law, which means it is accepted and recognized by the international community of states as a norm which is binding on all states and from which no derogation is permitted. Amnesty International opposes the death penalty in all cases without exception, regardless of the nature or the circumstances of the crime; guilt, innocence or other characteristics of the individual; or the method used by the state to carry out the execution.