Prominent Uyghur historian and publisher, Iminjan Seydin, was convicted of “inciting extremism” after a secret and grossly unfair trial in February 2019. His daughter only learned about his conviction in recent months through word of mouth. Missing since May 2017, he has been sentenced to 15 years in prison. No evidence against him has been made public. 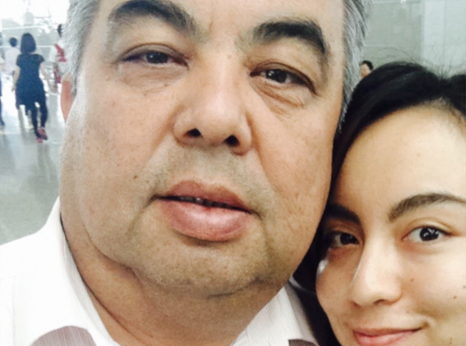 Prominent Uyghur historian and publisher, Iminjan Seydin, was convicted of “inciting extremism” after a secret and grossly unfair trial in February 2019. His daughter only learned about his conviction in recent months through word of mouth. Missing since May 2017, he has been sentenced to 15 years in prison. No evidence against him has been made public.

Iminjan Seydin was a history professor at the Xinjiang Islamic Institute, as well as the founder of Xinjiang Imin Book Publishing Company. Since 2012, Iminjan has published over 350 books on topics ranging from science and psychology, to linguistic and child education.

Iminjan was convicted of “inciting extremism” in a secret and grossly unfair trial, in February 2019. He was sentenced to 15 years’ imprisonment, deprivation of political rights for five years and a fine of 500,000 RMB (approximately 55,320 GBP).

While no evidence against Iminjan has been made public, it is believed that his conviction is related to an Arabic rhetoric book he published in 2014. Iminjan was working with a group on poverty alleviation, with the Xinjiang Bureau of Religious Affairs in Hotn, when he went missing in 2017. He has dedicated himself to strengthening cultural exchange, but has had his contract with the Xinjiang Islamic Institute cancelled as a result of his imprisonment.

Iminjan’s daughter, Samira Imin, only found out about her father’s trial in November 2019, through a friend in Beijing, and phone calls with the Tianshan District People’s Court in Urumqi. Samira is currently working at Harvard Medical School.

Uyghurs are a mainly Muslim ethnic minority group concentrated primarily in the Xinjiang Uyghur Autonomous Region in China. Since the 1980s, Uyghurs have been targeted with extensive systematic human rights violations, including arbitrary detention and imprisonment, incommunicado detention, and restrictions on religious freedom, cultural and social rights.

Local authorities maintain tight control over religious practice; including prohibiting all government employees and children under the age of 18 from worshiping at mosques. Chinese government policies limit the use of the Uyghur language and impose severe restrictions on freedom of religion. The government also continuously encourages the Han ethnic majority to migrate to the region.

In October 2016, there were numerous reports that authorities in the region had confiscated Uyghur passports, in an attempt to further curtail their freedom of movement. In March 2017, the Xinjiang Government enacted the “De-extremification Regulation”, identifying and prohibiting a wide range of behaviours labelled as “extremist”. Listed behaviours include, “spreading extremist thought”, denigrating or refusing to watch public radio and TV programmes, wearing burkas, having an “abnormal” beard, resisting national policies, and publishing, downloading, storing, or reading articles, publications, or audio-visual materials containing “extremist content”. The regulation also set up a “responsibility system” for government cadres for “anti-extremism” work and established annual reviews of their performances.

It is estimated that up to a million Uyghurs, Kazakhs and other predominantly Muslim people have been held in the “transformation-through-education” centres. The Chinese authorities denied the existence of these facilities until October 2018, when they began describing them as voluntary, free “vocational training” centres. They claim that the objective of this vocational training is to provide people with technical and vocational education, enabling them to find jobs and become “useful” citizens.

China’s explanation, however, contradicts reports of beatings, food deprivation and solitary confinement given by former detainees. China has rejected calls from the international community, including Amnesty, to allow independent experts unrestricted access to Xinjiang. Instead, China has made efforts to silence criticism by inviting delegations from different countries to visit Xinjiang for carefully orchestrated and closely monitored tours.

Image copyright AFP/Getty Images, not for download or redistribution.