Iranian university students Ali Younesi and Amirhossein Moradi, arbitrarily detained without trial in section 209 of Tehran’s Evin prison since 10 April 2020, are at risk of being convicted in a grossly unfair trial of a spurious charge that carries the death penalty. Ministry of intelligence agents beat them and held them in prolonged solitary confinement in harsh conditions to extract forced “confessions”. They are prisoners of conscience targeted for exercising their right to family life. 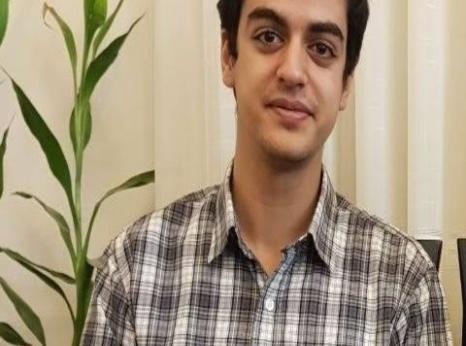 Iranian university students Ali Younesi and Amirhossein Moradi, arbitrarily detained without trial in section 209 of Tehran’s Evin prison since 10 April 2020, are at risk of being convicted in a grossly unfair trial of a spurious charge that carries the death penalty. Ministry of intelligence agents beat them and held them in prolonged solitary confinement in harsh conditions to extract forced “confessions”. They are prisoners of conscience targeted for exercising their right to family life.

On 10 April, 2020, ministry of intelligence agents arrested Ali Younesi on the street after leaving university. Later that day, 12 agents brought him, handcuffed, to his family home – his forehead was split open with a gash and he had blood all over his face and wounds on his body. The agents searched it without showing a warrant and then took him away. During a weekly press conference on 6 May 2020, Iran’s then judiciary spokesperson Gholamhossein Esmaili stated that two university students had been arrested for being in contact with “counterrevolutionary” groups, in apparent reference to Ali Younesi and Amirhossein Moradi. He used a pejorative term to refer to one such group – the PMOI), and failed to provide any evidence for the accusations. In a video response posted on social media later the same day, Ali Younesi’s sister, Aida Younesi, that “after 26 days of detention where it is not even clear what disaster you have inflicted on my brother [Ali], you come and make these ridiculous charges.” In response to the spokesperson’s allegation that “explosive devices” were found in the homes of the university students, Aida Younesi also added that security officials told them that that they had found nothing suspicious after searching Ali Younesi’s home. Moreover, in the days following Ali Younesi’s arrest, his family was told every few days he would be soon released.

On 13 July 2020, without prior notice and without any lawyers present, Ministry of Intelligence agents took Ali Younesi and Amirhossein Moradi to the Tehran prosecution and judicial offices for interrogations to make forced “confessions”, which they refused to do. The interrogations took place in the presence of the deputy chancellor, two professors, and student representatives of Sharif University of Technology.

On 20 November 2020, Iran’s High Council for Human Rights, which is supervised by the judiciary, wrote to the Office of the UN High Commissioner for Human Rights that “the abovenamed [Ali Younesi] has – under no circumstances whatsoever – been under duress to make confessions. He was being temporarily held in Section 209 of the Evin Detention Centre; however, taking into consideration the aforesaid’s age and his noncooperation with other inmates, he was transferred to a general population prison”; however, Amnesty International’s investigations found that intelligence agents repeatedly attempted to obtain forced “confessions” from Ali Younesi, including as reported in state media in July 2020, and that he remains arbitrarily held in section 209 despite requests from his lawyer and family to transfer him to the public ward.

The Iranian authorities have a history of targeting family members of those who have real or perceived ties with the PMOI. Following the post-June 2009 election unrest in Iran, the authorities arrested, amongst many others, individuals who had relatives with a past or current association with opposition groups, including the PMOI. See From Protest to Prison, for more information. Those arrested in 2009 include prisoner of conscience Maryam Akbari Monfared, who is serving a 15-year prison sentence following the arbitrary interference with her privacy, family and correspondence in relation to having made phone calls to and visiting once family members who were members of the PMOI (Click here for more information).

From 11 January 2020 protests began across Iran after the authorities admitted that the Revolutionary Guards fired missiles at a Ukrainian passenger plane in Iranian air space, killing all 176 people on board, with protests quickly expanding to include anti-establishment slogans and demands for transformation of the country’s political system, including a constitutional referendum and an end to the Islamic Republic system. Amnesty International documented that in response to these protests, security forces fired pointed pellets from airguns, usually used for hunting, at peaceful protesters causing bleeding and painful injuries, and that security forces also used rubber bullets, tear gas and pepper spray to disperse protesters as well as kicking and punching them, beating them with batons and carrying out arbitrary arrests. See https://www.amnesty.org/en/latest/news/2020/01/iran-scores-injured-as-s… for more information.