On 25 April 2022, a Revolutionary Court in Iran sentenced university students Ali Younesi and Amirhossein Moradi to 16 years in prison on spurious national security charges after a grossly unfair trial. Their convictions were based on “confessions” which both men retracted in court and said were obtained under torture and other ill-treatment. They are prisoners of conscience targeted for exercising their right to peaceful assembly and their families’ real or perceived links to opposition groups. 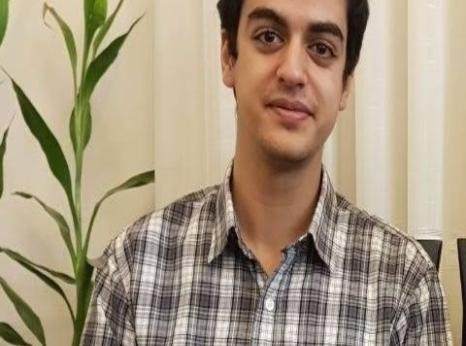 On 25 April 2022, a Revolutionary Court in Iran sentenced university students Ali Younesi and Amirhossein Moradi to 16 years in prison on spurious national security charges after a grossly unfair trial. Their convictions were based on “confessions” which both men retracted in court and said were obtained under torture and other ill-treatment. They are prisoners of conscience targeted for exercising their right to peaceful assembly and their families’ real or perceived links to opposition groups.

Ministry of Intelligence agents subjected Ali Younesi and Amirhossein Moradi to torture and other ill-treatment, by inflicting severe pain and suffering on the two students for the purpose of extracting “confessions”. They were held in separate rooms in Section 209 of Evin prison for 808 days following their arrests on 10 April 2020. For the first 60 days, they were held in solitary confinement in small windowless rooms with bright lights on 24 hours a day, which left them without a sense of day and night and caused them severe distress and pain. Ali Younesi stated that he was only able to sleep by covering his eyes with his shirt. During their detention in Section 209, agents severely limited their access to fresh air and natural light to 20 minutes twice a week and denied them face to face visits with their families. Ali Younesi revealed to his family that he had been denied adequate healthcare for serious injuries sustained to his left eye during beatings upon his arrest by Ministry of Intelligence agents; he has not been examined by an eye doctor during his detention. Amirhossein Moradi also reported being harshly beaten during his arrest. On 26 June 2022, they were transferred to the public ward of Evin prison. On 15 July 2022, Iran’s High Council for Human Rights, which is supervised by the judiciary, responded to a communication by a group of UN Special Procedures dated 3 May 2022 raising concerns about Ali Younesi’s and Amirhossein Moradi’s treatment in detention and the violation of their fair trial rights , dismissing concerns and falsely claiming that “the defendants were kept in the solitary suite (not solitary cell) of Ward 209 of Evin Prison for a limited period of time before the verdict was issued. After that, they were transferred to General Ward 209”. (See here for more information).

The authorities violated their right to be presumed innocent by publicly accusing them of ties to “counterrevolutionary” groups apparently based on their families’ real or perceived association with the PMOI. During a weekly press conference on 6 May 2020, Iran’s then judiciary spokesperson Gholamhossein Esmaili stated that two university students had been arrested for being in contact with “counterrevolutionary” groups, in apparent reference to Ali Younesi and Amirhossein Moradi. He used a pejorative term to refer to the PMOI, and failed to provide any evidence for the accusations. Authorities also made spurious accusations of having found “explosive devices” in their possession. Both students denied these accusations. Their interrogators also accused them of removing posters of Iranian officials and participating in peaceful protests in January 2020. In response to the spokesperson’s allegation that “explosive devices” were found in the homes of the university students, Aida Younesi, Ali Younesi’s sister, stated that security officials told them that that they had found nothing suspicious after searching Ali Younesi’s home.

During a hearing before Branch 29 of the Revolutionary Court of Tehran held on 3 July 2021, Ali Younesi and Amirhossein Moradi were accused of “corruption on earth” (efsad-e fel-arz), which carries the death penalty, “gathering and colluding to commit crimes against national security” and “spreading propaganda against the system”. According to media interviews given by their lawyer, the judge dismissed the “corruption on earth” charge and replaced it with “destruction of public property” which accounts for 10 years of their sentences.

The Iranian authorities have a history of targeting family members of those who have real or perceived ties with the PMOI. Following the post-June 2009 election unrest in Iran, the authorities arrested, amongst many others, individuals who had relatives with a past or current association with opposition groups, including the PMOI. See From Protest to Prison, for more information. Those arrested in 2009 include prisoner of conscience Maryam Akbari Monfared, who is serving a 15-year prison sentence following the arbitrary interference with her privacy, family and correspondence in relation to having made phone calls to and visiting once family members who were members of the PMOI (Click here for more information).

From 11 January 2020, protests began across Iran after the authorities admitted that the Revolutionary Guards fired missiles at a Ukrainian passenger plane in Iranian air space, killing all 176 people on board, with protests quickly expanding to include anti-establishment slogans and demands for transformation of the country’s political system. Amnesty International documented that in response to these protests, security forces fired pointed pellets from airguns, usually used for hunting, at peaceful protesters causing bleeding and painful injuries, and that security forces also used rubber bullets, tear gas and pepper spray to disperse protesters as well as kicking and punching them, beating them with batons and carrying out arbitrary arrests. See here for more information.