Arsalan Khodkam, from Iran’s Kurdish minority, is at risk of execution in West Azerbaijan province. He was sentenced to death for “spying” after a grossly unfair trial that lasted about 30 minutes and relied on “confessions” he says were obtained under torture. He has never been allowed access to a lawyer of his own choosing. The use of the death penalty for “espionage” violates international law. 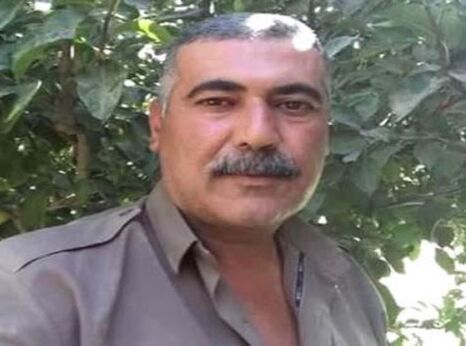 Arsalan Khodkam, from Iran’s Kurdish minority, is at risk of execution in West Azerbaijan province. He was sentenced to death for “spying” after a grossly unfair trial that lasted about 30 minutes and relied on “confessions” he says were obtained under torture. He has never been allowed access to a lawyer of his own choosing. The use of the death penalty for “espionage” violates international law.

Please note that the Head of Judiciary cannot be reached by email. Please follow our social media guidance included in the full UA and send copies to the Iranian embassy in your country.

Since 2018, Arsalan Khodkam’s family have approached various state bodies including the office of the Supreme Leader, the office of the head of the judiciary, and several Members of Parliament, highlighting the unfair nature of his conviction, and urging them to intervene to save his life. However, officials have consistently told the family that as the case concerned “security matters”, nothing could be done.

Arsalan Khodkam worked as a low-ranking officer at a Revolutionary Guards military base in Urumieh when he was arrested on 23 April 2018. The Revolutionary Guards accused him of “espionage” for the Kurdish Democratic Party of Iran (KDPI) and claimed that he had provided the KDPI with intelligence on the military affairs of the Revolutionary Guards and assisted the KDPI in its armed operations against the Revolutionary Guards. KDPI is an Iranian armed Kurdish opposition group based in the Kurdistan Region of Iraq, which resumed its armed opposition to the Iranian authorities in 2016 after having suspended it in the early 1990s. Arsalan Khodkam denied the accusations brought against him and said that he has not had any affiliation with the KDPI since he left the group in the early 1980s. According to information obtained by Amnesty International, on one occasion, Arsalan Khodkam had informed his relative, a member of the KDPI, that the Revolutionary Guards were preparing to send forces to crush a series of peaceful anti-establishment strikes and protests in Baneh, Kurdistan province, which started in April 2018. He said that in his other communications, he had not shared any sensitive information and only mentioned the names and positions of several Revolutionary Guards officials he knew at work
According to information obtained by Amnesty International, following his arrest in Urumieh, Arsalan Khodkam withstood days of physical torture, but signed the self-incriminating statements that the interrogators had prepared after they subjected him to psychological torture by detaining his wife on 28 April 2018 for two days and threatening to harm her and their son. During the 36 days he was held in solitary confinement, he reportedly lost considerable weight. He was subsequently transferred to Urumieh prison.

Arsalan Khodam said that he has been experiencing serious vision problems in his left eye as a result of repeated blows to his face while undergoing interrogations. He is also suffering from painful back problems. The authorities have ignored his repeated requests to be transferred to a medical centre outside prison for diagnosis and treatment. He was only given pain relief injections at the prison clinic for his back pain.

Torture is a violation of international law and its use is prohibited under all circumstances. Statements elicited as a result of torture, ill-treatment or other forms of coercion must be excluded as evidence in criminal proceedings, except those brought against suspected perpetrators of such abuse. The right to a fair trial is legally binding on all states as part of customary international law. Those facing criminal proceedings must have the right to access legal counsel from the time of arrest; not to be compelled to testify against themselves or to confess guilt; not to be detained on vague charges; to receive a fair, public hearing before a competent, independent and impartial tribunal; and to be provided with a public, reasoned judgement. In view of the irreversible nature of the death penalty, the proceedings in capital cases must scrupulously observe all relevant international standards protecting the right to a fair trial.

Amnesty International opposes the death penalty in all cases without exception regardless of the nature of the crime, the characteristics of the offender, or the method used by the state to kill the prisoner. The organization considers the death penalty a violation of the right to life and the ultimate cruel, inhuman and degrading punishment.

Amnesty International has repeatedly called on Iran to establish an official moratorium on executions with a view to abolishing the death penalty.