Two men and one woman convicted under USA federal law face execution in November and December 2020. After a hiatus of 17 years, the Trump administration resumed federal executions on 14 July 2020, putting to death seven men over ten weeks. Their cases reflected concerns on arbitrariness, racial bias and unfairness that have long affected the USA death penalty system, as well as contempt for international law restrictions on the use of the death penalty. We urge the US Attorney General to withdraw any pending death warrants and abandon any plans to pursue further executions. 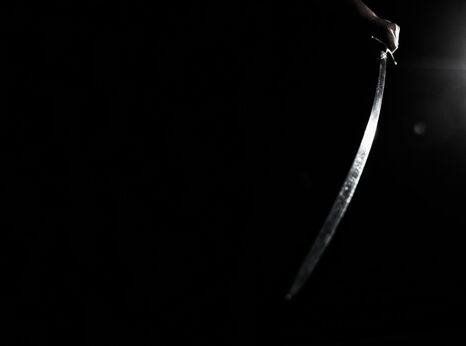 Two men and one woman convicted under USA federal law face execution in November and December 2020. After a hiatus of 17 years, the Trump administration resumed federal executions on 14 July 2020, putting to death seven men over ten weeks. Their cases reflected concerns on arbitrariness, racial bias and unfairness that have long affected the USA death penalty system, as well as contempt for international law restrictions on the use of the death penalty. We urge the US Attorney General to withdraw any pending death warrants and abandon any plans to pursue further executions.

The US authorities resumed executions of people convicted under federal law after a hiatus of 17 years on 14 July 2020. Daniel Lewis Lee was pronounced dead more than 16 hours after his execution was initially set. After the USA Court of Appeals for the Eighth Circuit removed the last legal impediment to the execution, the federal authorities moved to immediately administer the lethal injection, without adequate notice to his legal counsel and with several legal motions in his case still pending. Wesley Ira Purkey was pronounced dead on 16 July, also 16 hours after the time set for his execution. His attorneys filed a motion before the USA District Court of the District of Columbia to seek a stay of execution on the ground that he had Alzheimer’s disease and had been diagnosed with complex Post-Traumatic Stress Disorder, schizophrenia, bipolar disorder, major depression, and psychosis, which made him not competent for execution. International law prohibits the use of the death penalty against persons with mental (psychosocial) or intellectual disabilities. A stay granted by the District Court, which held that Wesley Ira Purkey had provided substantial evidence of his incompetence for execution, was lifted by the USA Supreme Court in a 5-4 ruling in the early hours of 16 June, with no rationale provided for the decision. Dustin Honken was executed on 17 July. His attorneys highlighted how his trial and sentencing were affected by misconduct and ineffective legal counsel, who failed to inform the jury of his mental disability and challenges in his background history.

The execution of Lezmond Mitchell, a Navajo man, took place on 26 August, despite a request for a stay issued by the Inter-American Commission on Human Rights, on the grounds that his right to a fair trial had been violated; and that the execution would also violate the right to cultural identity of the Navajo Nation and undermine their right to self-determination, as they actively oppose the application of the death penalty to their members. His attorneys also highlighted concerns that racial discrimination affected the jury selection and the jurors’ decision in his case. Keith Dwayne Nelson’s execution was carried out on 28 August. His attorneys highlighted how the ineffective legal representation he received at trial resulted in crucial errors and the jury never hearing of mitigating factors in his case, including the repeated sexual and physical abuse that he faced during his traumatic childhood.

William Emmett LeCroy was put to death on 22 September. His lawyers had argued that ineffective legal representation at trial resulted in mitigating evidence of childhood sexual abuse and long-standing mental disability not being adequately presented to the jury, but the courts dismissed the appeals. Chirstopher Vialva was executed on 24 September for a crime committed when he was just 19 years old, despite scientific research showing that development of the brain and psychological and emotional maturation continue into a person’s 20s. His lawyers had raised concern at the ineffective legal counsel he received, which failed to investigate evidence of his traumatic childhood and mental and intellectual disabilities. He was the first Black man executed by the federal government since its resumption of executions.

All seven executions took place at the Federal Correctional Centre in Terre Haute, Indiana. The pursuit of these executions, including through the rushed rescheduling, proceeding with expired death warrants, as motions remained pending, show complete disregard by federal authorities of international safeguards that must be observed in all death penalty cases and provide further evidence of the flaws and arbitrariness that have long affected the use of the death penalty in the USA. In his dissenting judgment in Barr v. Purkey, joined by late Justice Ruth Bader Ginsburg, USA Supreme Court Justice Stephen Breyer concluded: “the Federal Government has resumed executions after a 17-year hiatus. And the very first cases reveal the same basic flaws that have long been present in many state cases. That these problems have emerged so quickly suggests that they are the product not of any particular jurisdiction or the work of any particular court, prosecutor, or defense counsel, but of the punishment itself. A modern system of criminal justice must be reasonably accurate, fair, humane, and timely. Our recent experience with the Federal Government’s resumption of executions adds to the mounting body of evidence that the death penalty cannot be reconciled with those values. I remain convinced of the importance of reconsidering the constitutionality of the death penalty itself.”

One man has had his death warrant issued for 19 November; a woman for 8 December; and another man for 10 December. Amnesty International opposes the death penalty in all cases, without exception, as a violation of the right to life and the ultimate cruel, inhuman and degrading punishment.