US: Texas Execution Scheduled For Crime At 18

Ramiro Gonzales is scheduled to be executed in Texas on 13 July 2022. He was sentenced to death in September 2006 for a murder committed in January 2001 when he was 18 years old and emerging from a childhood of abuse and neglect. He is now 39. Amnesty International is urging the Texas Board of Pardons and Paroles and the state Governor to grant clemency. 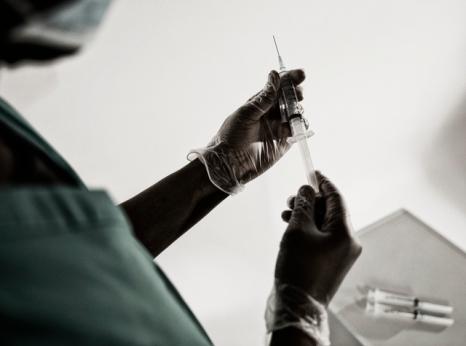 Ramiro Gonzales is scheduled to be executed in Texas on 13 July 2022. He was sentenced to death in September 2006 for a murder committed in January 2001 when he was 18 years old and emerging from a childhood of abuse and neglect. He is now 39. Amnesty International is urging the Texas Board of Pardons and Paroles and the state Governor to grant clemency.

In October 2002, Ramiro Gonzales pled guilty to the abduction and rape of a woman in September 2001 and was sentenced to life imprisonment. Soon after he began this sentence, he admitted to the murder of an 18-year-old woman committed in January 2001 while robbing the home of the person who supplied him with cocaine (a drug he had already consumed that day). At the time of the murder, Ramiro Gonzales was 72 days past his 18th birthday.

At the sentencing phase of his 2006 trial, the prosecution presented a psychiatrist who testified that Ramiro Gonzales would likely commit acts of violence in prison. He acknowledged that the American Psychiatric Association viewed such predictions of “future dangerousness”, a jury’s finding of which is a prerequisite for a death sentence in Texas, as unscientific and unreliable. Such predictions have long been shown to be grossly inaccurate, even if seen as effective for the prosecution’s pursuit of a death sentence. While Ramiro Gonzales has had some minor disciplinary infractions on death row, all have been non-violent.

The defence lawyers presented witnesses at the sentencing who testified that the defendant was effectively abandoned by his mother, who had huffed paint, drunk alcohol and abused drugs during the pregnancy and had twice tried to abort the child (on appeal, the claim that the defence lawyers should have retained an expert to assess Ramiro Gonzales for possible Fetal Alcohol Spectrum Disorder for additional mitigation evidence have been rejected). His father was not present during his childhood either. Left with his maternal grandparents, Ramiro Gonzales had little or no supervision. Witnesses also gave details of physical and sexual abuse to which he was subjected, including sexually abuse by a cousin when he was six years old or younger; and by an older woman when he was 12 or 13. Ramiro Gonzales started abusing alcohol and drugs at the age of 11. A neuropsychologist testified that he “basically raised himself” and had the emotional maturity of a 13- or 14-year-old. She testified that he was a “very damaged young man”, and that in her opinion, was likely in the top 10% of emotionally damaged children. She diagnosed him with reactive attachment disorder, a condition whereby a child has been unable to form stable, emotional bonds with parents or caregivers, often because of emotional neglect or abuse at an early age.

When the US Supreme Court ruled in 1989 that states could continue executing individuals for crimes committed when they were 16 or 17 years old, the four dissenting Justices noted that “many of the psychological and emotional changes that an adolescent experiences in maturing do not actually occur until the early 20s”, and that “adolescents on death row appear typically to have a battery of psychological, emotional, and other problems going to their likely capacity for judgment and level of blameworthiness.” When the Court in 2005 banned the death penalty against individuals who were under 18 at the time of the crime, it expressly recognized young people’s immaturity, impulsiveness, poor judgment, underdeveloped sense of responsibility and vulnerability or susceptibility to “negative influences and outside pressures, including peer pressure”, as well as their potential for reform. This time the majority noted that “the qualities that distinguish juveniles from adults do not disappear when an individual turns 18”.

Two of the 13 federal executions carried out in the USA between July 2020 and January 2021 in the USA were of two Black men convicted of the murder of a white couple committed when they were 18 or 19. They were convicted in federal court in the same District of Texas in which Ramiro Gonzales was tried at state level. As the second of the two federal executions approached, the federal prosecutor who defended the death sentences on appeal revealed that she had changed her mind. She noted that “science has established that the structures of the brain are not fully developed in young men until they are 25 or 26” and that “18-year-olds are no different from 17-year-olds in both immaturities and potential for rehabilitation.”