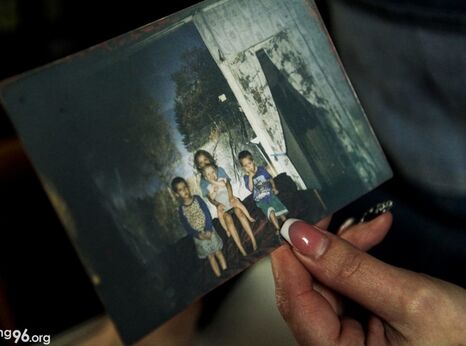 Please note that due to the urgency of the situation, the model letter is in Russian as we believe this will increase the chances that they reach the Presidential Office.

We have provided an English version of the letter in the full UA below.

This case has shocked many in Belarus and the international community given Stanislau and Illia Kostseu’s young ages and the difficult circumstances of their upbringing. Their father died when Stanislau Kostseu was only a few months old, leaving their mother struggling to bring up her children. Their older sister, Hanna, often acted as their primary carer. This case is the first time in over ten years in Belarus that such young men have been sentenced to death and the first time ever that two members of the same family are facing execution.

While the government of Belarus continues to state that it is moving towards abolition of the death penalty, this case is a shocking reminder that, in practice, the system remains essentially intact. Before their trial, President Lukashenka publicly stated: "They're scum, there's no other word for them. They have been in trouble before and have been punished.” The President’s personal intervention in the case at an early stage may have influenced their conviction, in a country where serious concerns about the independence of the judiciary remain.

Presidential elections in Belarus are scheduled for 9 August. There is already a huge crackdown on freedom of expression and assembly in the country, targeting opposition candidates, their teams and supporters, protestors, journalists and activists, which is drawing internal and international attention and criticism.

If clemency is denied, Stanislau and Illia Kostseu will be executed soon after. Neither they nor their family will be told the date or time of their executions or be granted a final meeting. Prisoners on death row in Belarus are executed by a shot in the back of the head, after only minutes’ notice. This can take more than one bullet. Their family will learn of their executions only weeks later and will not be given their bodies for burial or told of the location of their graves.

Amnesty International and other organisations have called repeatedly for an end to the secrecy surrounding the death penalty in Belarus and recorded its devastating impact on the families of executed prisoners. For the Kostseu family, this trauma is made more unbearable given it is two very young brothers facing execution.