Refugees and asylum seekers must be released

Fifteen people from the Democratic Republic of Congo (DRC) and one person from Ethiopia, have been arbitrarily detained in Pemba, northeast Mozambique, for more than a year and six months in appalling conditions. Their prolonged arbitrary detention in the context of COVID-19 pandemic puts them at heightened risk to their health. 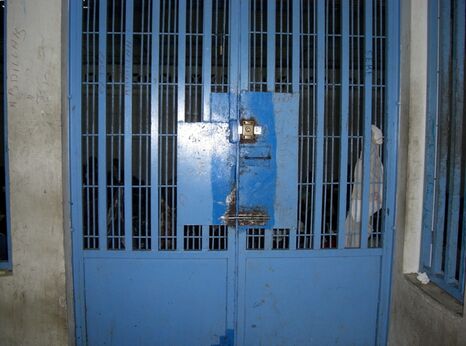 Fifteen people from the Democratic Republic of Congo (DRC) and one person from Ethiopia, have been arbitrarily detained in Pemba, northeast Mozambique, for more than a year and six months in appalling conditions. Their prolonged arbitrary detention in the context of COVID-19 pandemic puts them at heightened risk to their health.

The 16 refugees and asylum seekers are currently detained at the Third Police Station in Pemba. They have been held for nearly one year and six months, and they still have not been notified of the reason for their detention or of any criminal charges against them. They have also not been brought before a court. According to Article 308, §1°, N° 3, of the Criminal Procedural Code, a person cannot be held in pre-trial detention for more than 90 days after their arrest.

The 14 men and one woman from the Democratic Republic of Congo (DRC), and one male refugee from Ethiopia, were arbitrarily arrested by the Police of the Republic of Mozambique (PRM) and immigration officers on 17 January 2019 in Maratane Camp, in Nampula province, northern Mozambique. According to the 16 people testimonies, the police and immigration officers arrived at the Maratane Camp in the evening and beat, hand-cuffed and arrested the 16 people without a warrant. On 19 January, the PRM transferred them to the Third Police Station in Pemba, Cabo Delgado province.

On 23 January 2019, the government of Mozambique deported seven men from this group, who were originally from the DRC. They were not notified of a deportation order, nor were they permitted to challenge their deportation. According to testimony from the seven men, the immigration officers forced them to board a flight to Kinshasa, DRC. When they arrived at the Kinshasa airport, immigration officers denied them entry and ordered their return to Mozambique.

In August 2019, the Cabo Delgado Provincial Director of the National Immigration Service (SENAMI) visited the 16 detainees, without notifying their lawyers, and tried to coerce them into signing voluntary repatriation forms, arguing they would not be safe in Maratane Camp.

On 31 October 2019, the Vice Minister of Interior, police officers, the Cabo Delgado Provincial Director of the National Immigration Service (SENAMI) and a representative of the National Institute of Refugees’ Support (INAR) visited the 16 people in detention. According to the detainees’ testimonies, during the meeting, the authorities explained that the Minister of Interior had issued a decision prohibiting them from living in Mozambique and that they wouldn’t be allowed to enter Mozambique for 10 years after their departure. The 16 detainees also said that the authorities told them again to sign “voluntary repatriation” forms and threatened them with prolonged detention if they refused to do so.

Everyone – including irregular migrants, regular migrants, asylum-seekers and refugees – has the right to due process and judicial guarantees, to adequate detention conditions, including access to food, water and adequate health care, and to not be subjected to arbitrary detention, ill-treatment, collective expulsion or refoulement. The international legal principle of non-refoulement forbids states from transferring anyone to a place where they would be at real risk of serious human rights violations.

In April 2019, Cyclone Kenneth damaged vital infrastructure in Mozambique’s northern province of Cabo Delgado. The Third Police Station, where the 16 refugees and asylum seekers are being held, was flooded when the cyclone hit and was left in poor condition.
Since October 2017, armed groups have killed civilians in the Cabo Delgado province, northern Mozambique. The attacks started in Mocimboa da Praia district (northern Cabo Delgado), involving members of a violent group, popularly known as Al-Shabab.

The 16 refugees and asylum seekers have family living in the Maratane Refugee Camp who lack the financial means to travel to Pemba to visit them. In addition, due to the ongoing violent attacks in Cabo Delgado province, road travel to Pemba could be very dangerous.