Prisoners at risk of covid-19 infection

The Iranian authorities must immediately and unconditionally release hundreds of prisoners of conscience amid grave fears over the spread of coronavirus (COVID-19) in Iran’s prisons. The authorities should take measures to protect the health of all prisoners and urgently consider releasing pre-trial detainees and those who may be at particular risk of severe illness or death. 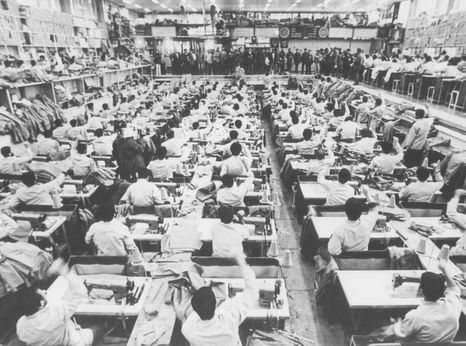 The Iranian authorities must immediately and unconditionally release hundreds of prisoners of conscience amid grave fears over the spread of coronavirus (COVID-19) in Iran’s prisons. The authorities should take measures to protect the health of all prisoners and urgently consider releasing pre-trial detainees and those who may be at particular risk of severe illness or death.

There are concerns about the spread of coronavirus inside Iran’s prisons and that the Iranian authorities have failed to sufficiently protect prison populations. The Human Rights Activists News Agency, based outside Iran, has reported that: in Shahr-e Rey prison (also known as Gharchak), in the city of Varamin, two prisoners have died from COVID-19 in solitary confinement in recent days after being denied medical care and admittance to hospital; in the same prison prior to this, despite some prisoners testing positive for coronavirus, prisoners were only checked for fevers and provided with a bleach-water solution to disinfect surfaces themselves, which, they say, emitted fumes that irritated their lungs; in Central Karaj prison, there have been new cases of coronavirus reported on a daily basis and other prisoners have gone on hunger strike in protest at the shortage of sanitary products and the lack of measures taken to prevent the spread of the virus inside the prison; in Urumieh prison, in early March 2020 over a hundred prisoners in one section of the prison went on hunger strike at the shortage of sanitary products inside the prison despite suspected cases of coronavirus among prisoners; and, in Tehran’s Evin prison, prisoners raised concerns that the women’s ward was disinfected after a guard tested positive for coronavirus, and that, prior to that, the ward had to share use of one disinfectant product between them. The Ahwaz Human Rights Organization also reported that two prisoners in Central Ahvaz prison had contracted coronavirus and that other prisoners in the same ward had not been tested. Several prisoners of conscience also went on hunger strike in Evin prison in protest at the authorities continued refusal to grant them prison leave.

Many of Iran’s prisons have detention conditions that fall far short of international standards, including with respect to overcrowding, poor ventilation, limited hot water during the winter season, inadequate food, insufficient beds and insect infestations (For more information, see https://www.amnesty.org/en/latest/news/2018/03/iran-new-evidence-of-app… and https://www.amnesty.org/en/documents/mde13/5515/2017/en/). Such prison conditions are highly susceptible to the spread of infectious disease.

Since the outbreak of coronavirus in Iran became publicly known in February 2020, many prisoners’ families have been raising concerns for the wellbeing of those jailed and calling for the release of prisoners of conscience and those held on politically motivated charges. They have repeatedly voiced their fears that the lack of sanitary products and poor prison conditions put prisoners at greater risk. They have also called on Iran’s State Prison Organization, which is under the authority of the judiciary, to regularly disinfect prisons, provide masks and hand sanitizers to prisoners, quarantine those suspected of having the virus and grant prison leave to as many prisoners as possible.

While Iran’s judiciary has made a number of announcements about how it intends to prevent the spread of COVID-19 in prisons, including plans to release thousands of prisoners temporarily and upon payment of bail and to grant pardons to certain types of prisoners, hundreds of prisoners of conscience remain jailed (for more information).

According to the International Committee of the Red Cross, prison populations are particularly exposed to infectious diseases like COVID-19 and conditions of detention can exacerbate the risks. These include the risk of higher transmission rates, especially in overcrowded prisons and when health systems are of poorer quality than in the community. Under international law, as reflected in the UN Standard Minimum Rules for the Treatment of Prisoners (the Nelson Mandela Rules), prison authorities must ensure that all prisoners have prompt access to medical attention and health care. The provision of health care for prisoners is a state responsibility. Prisoners should enjoy the same standards of health care that are available in the community, including when it comes to testing, prevention and treatment of COVID-19. Where a prison service has its own hospital facilities, they must be adequately staffed and equipped to provide prisoners referred to them with appropriate treatment and care. Prisoners who require specialized treatment or surgery should be transferred to specialized institutions or to civilian hospitals.

Due to the lack of email address for this target, please take a picture of your appeal letter and post it on Instagram, tagging the Head of the Judiciary: https://www.instagram.com/raisi_org/