Prisoner of conscience, Hassan Mshaima, one of 11 jailed Bahraini opposition leaders, continues to be denied adequate healthcare in detention. Over the past two months he was admitted to hospital due to the serious deterioration of his health that required emergency treatment. 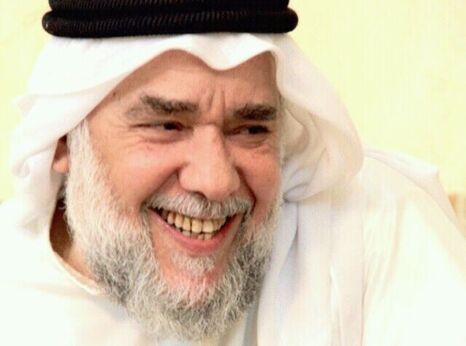 Prisoner of conscience, Hassan Mshaima, one of 11 jailed Bahraini opposition leaders, continues to be denied adequate healthcare in detention. Over the past two months he was admitted to hospital due to the serious deterioration of his health that required emergency treatment.

Hassan Mshaima is the secretary general of the of al-Haq Movement, which is an unauthorized Shi’a political opposition group. Hassan Mshaima was arrested on 17 March 2011. He is among fourteen opposition activists who were arrested between 17 March and 9 April 2011 during the Bahrain uprising. Most were arrested in the middle of the night by groups of security officers who raided their houses and took them to an unknown location, where they were held incommunicado for weeks. Many of the 14 have alleged they were tortured during their first few days of detention when they were being interrogated by officers from the National Security Agency (NSA). None of the 14 was allowed to see their lawyers during NSA interrogations just after they were arrested. Some saw their lawyers during questioning by the military prosecutor ahead of the trial, while others were only allowed to see them during the first court hearing in May 2011, which was the first time any of the activists had seen their families since their arrest. On 22 June, Bahrain's National Safety Court, a military court, announced its verdict and sentenced them to between two years and life in prison on charges including “setting up terror groups to topple the royal regime and change the constitution”.

On 28 September 2011, in a session that lasted only a few minutes, the National Safety Court of Appeal, a military appeal court, upheld all the convictions and sentences imposed on the 14 opposition activists. On 30 April 2012, the Court of Cassation in Manama ordered them to appear before a civilian court for an appeal trial; on the same day it reduced Al-Hur Yousef al-Somaikh's two-year sentence to six months. He was immediately released as he had already served his sentence. However, the other 13 remained behind bars in Jaw prison. Their appeal before a civilian court of appeal started on 22 May 2012. The High Criminal Court of Appeal upheld their convictions and sentences on 4 September 2012, and on 6 January 2013, the cassation Court confirmed verdict. Ebrahim Sharif was released on 19 June 2015 under a royal pardon and Salah al-Khawaja was released from prison on 19 March 2016, after completing his five-year prison sentence.