Dual British-Iranian national and retired engineer, Anoosheh Ashoori, is serving a lengthy prison sentence after a grossly unfair trial that relied on torture-tainted “confessions” to convict him of “cooperating with a hostile state against the Islamic Republic” and obtaining “illicit funds”. He is being denied transfer to a dental facility outside prison for the specialized care he urgently needs. 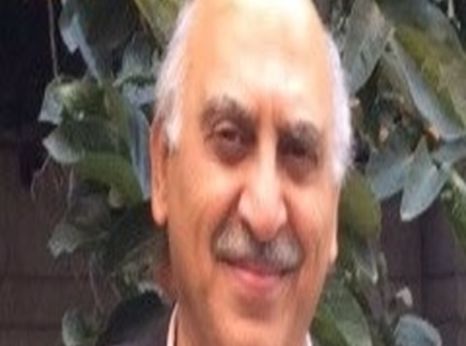 Dual British-Iranian national and retired engineer, Anoosheh Ashoori, is serving a lengthy prison sentence after a grossly unfair trial that relied on torture-tainted “confessions” to convict him of “cooperating with a hostile state against the Islamic Republic” and obtaining “illicit funds”. He is being denied transfer to a dental facility outside prison for the specialized care he urgently needs.

Anoosheh Ashoori was visiting his mother in Tehran when he was arrested by ministry of intelligence agents on 13 August 2017 on a street near his mother’s home. He says that upon ascertaining his identity, four men in plain clothes forced him into their car, ordered him to put on a blindfold and drove him to an unknown location. Later that same day, intelligence agents took him to his mother’s house to collect his mobile telephone, computer, wallet and passports before transferring him to Evin prison. The next day, he was allowed a brief telephone call to his mother to inform her about his detention. He was then held incommunicado for several weeks in section 209 of Evin prison, which is under the control of the ministry of intelligence. There, he was held in solitary confinement for over six weeks until 25 September 2017 and interrogated repeatedly without a lawyer present. He said that during questioning his interrogators warned him that his family in the UK was under surveillance by Iranian intelligence agents. He also told his family that his interrogators forced him to sign multiple documents, including “confessions”, under torture and other ill-treatment. Anoosheh Ashoori recounted to his family not being allowed to sleep some nights following entire days of gruelling interrogations. Instead, his interrogators would give him 50 blank pages at midnight, order him to fill them by 8 am with all possible scenarios of why he was detained, and threaten him that he would face consequences for failure to do so. In the morning, he would be taken back for interrogation. According to his wife, during his period, he attempted suicide twice and went on a 17-day hunger strike in protest against his unlawful detention.

From 25 September to 21 November 2017, Anoosheh Ashoori was moved multiple times to different sections of Evin prison. He described being held in overcrowded, inhumane and unhygienic conditions; having to sleep on the floor; and being denied regular access to washing and toilet facilities. On 21 November 2017, he reported being taken out of Evin prison to a detention facility on the outskirts of Tehran believed to be under the control of the Revolutionary Guards, where he was held for two weeks and interrogated again without access to a lawyer. He has informed his family that during questioning, his interrogators told him that he was being filmed for “training” purposes and threatened to kill him “without a trace”. He also reported that his interrogators questioned him about payments he had received for his engineering-related consultancy work prior to his retirement, which the authorities alleged he obtained “illicitly”. On 5 December 2017, he was returned to Evin prison, where he remains. Annosheh Ashoori has raised concerns about the lack of appropriate measures taken in prison to prevent the spread of COVID-19, including inadequate measures in place to ensure incoming detainees do not carry the virus inside prison and to treat and care for those who have developed COVID-19 symptoms inside prison.

On 17 September 2018, Anoosheh Ashoori was sentenced to 10 years’ imprisonment for “cooperating with a hostile state against the Islamic Republic”, a charge based on Article 508 of the Islamic Penal Code, and two years for allegedly obtaining 33,000 euros in “illicit funds”, which he must pay to the state upon release. This conviction followed a grossly unfair trial before Branch 15 of the Revolutionary Court in Tehran where he was denied the right to a lawyer of his choosing. According to the documents viewed by Amnesty International, the court relied on incriminating statements and “confessions” in its verdict, which Anoosheh Ashoori said were coerced and obtained under torture. Branch 36 of the Court of Appeal in Tehran upheld his conviction and sentence in July 2019. During his appeal, his lawyer was denied adequate time and facilities to prepare his defence. According to his family, his lawyer was first granted access to his casefiles one hour before the second and final hearing. Under Iran’s sentencing guidelines, he has to serve the lengthiest single sentence imposed for the most serious charge, which in his case is 10 years for the charge of “cooperating with a hostile state against the Islamic Republic”. After his sentence was upheld, the spokesperson for Iran’s judiciary, Gholam-Hossein Esmaili, announced on 27 August 2019 that Anoosheh Ashoori was sentenced to 10 years’ imprisonment for “spying” and two years for obtaining “illicit funds”. He alleged that Anoosheh Ashoori had been “connected to Israel's Mossad spy agency” and had "relayed a lot of intelligence" to Mossad about Iran.

A number of Iranian laws include vague and broadly worded provisions for certain offences, in particular those related to national security, contrary to the principle of legality enshrined in Articles 9 and 15 of the International Covenant for Civil and Political Rights, to which Iran is a party. International human rights bodies have noted that arrest and detention based on laws that are vague or overly broad may be arbitrary under international law and standards. (For more information, click here).