The trial of Yana Antonova, a human rights defender and paediatrician from Krasnodar, southern Russia, resumed on 23 June. She faces up to six years in prison for commemorating a slain activist and other peaceful activities as a member of the “undesirable organisation” Open Russia. 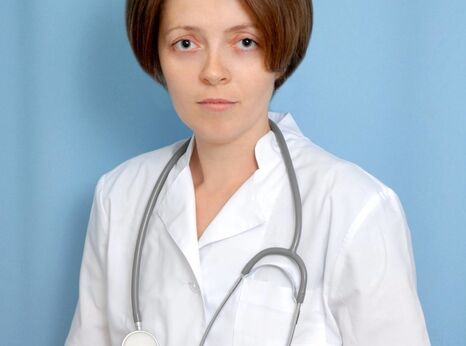 The trial of Yana Antonova, a human rights defender and paediatrician from Krasnodar, southern Russia, resumed on 23 June. She faces up to six years in prison for commemorating a slain activist and other peaceful activities as a member of the “undesirable organisation” Open Russia.

To reach the prosecutor's office online, please fill in this contact form.

The “undesirable organizations” law—under which Yana Antonova is being prosecuted—makes it an administrative offense to take part in any activities of a foreign organisation designated as “undesirable”. “Repeated” commitment of this “offence” is a crime punishable by a hefty fine or prison. The designation is made by the Office of the Prosecutor General if it deems that the organisation poses a threat to the country’s “constitutional order, defence potential or state security”. Such decision effectively outlaws any activities by, or any cooperation with, the “undesirable” organisation in Russia. The law, adopted in May 2015, is part of the Russian authorities’ ongoing crackdown on freedom of association and expression (see details here: https://www.amnesty.org/en/documents/eur46/2223/2015/en/). It has been used arbitrarily to ban a number of foreign organisations, most of them civil society funders, from Russia.

On 26 April 2017, the Prosecutor General’s Office declared “undesirable” the UK-registered organisation Otkrytaya Rossia (founded by an exiled critic of President Vladimir Putin, former prisoner of conscience Mikhail Khodorkovsky). It also added to the list of “undesirable” organisations Open Russia Civic Movement – an initiative that brought together activists in Russia and which was neither a registered “organisation”, nor was a foreign one. Nonetheless, activists who operate in Russia under the banner of “Open Russia” are regarded by the Russian authorities as members of a banned foreign organisation. Dozens of such activists have been fined for their activities under the Code of Administrative Offences, and several are facing more criminal charges for their “repeated violations” of the law.

In May 2019, a criminal case was opened against Yana Antonova. The “repeated violations” in her case consisted in her posting a video about the shortage of schools in Krasnodar Krai, a one-person picket in memory of Boris Nemtsov, a slain political activist and vocal critic of the authorities, and a repost of a quotation by Vladislav Listyev, a well-known journalist and also a victim of an unsolved murder.

Once the criminal proceedings against Yana Antonova were opened, she lost her job as a pediatrician, and her family has been harassed by the authorities as well. In October 2019 her apartment and that of her mother were searched and their respective bank accounts frozen.