A.S., a Chechen man currently held in immigration detention in France faces imminent deportation to Russia where he would be at real risk of being subject to torture and other ill-treatment. His deportation is scheduled for 26 February. The authorities must ensure the safety of A.S. by not deporting him and granting him protection, in accordance with France’s obligations under international human rights law. 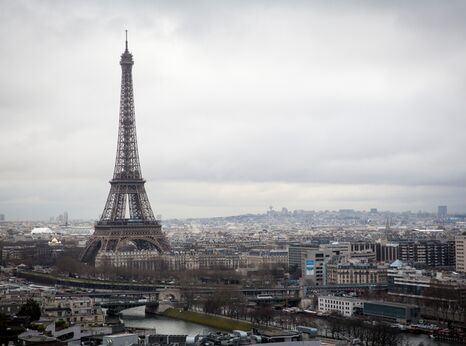 A.S., a Chechen man currently held in immigration detention in France faces imminent deportation to Russia where he would be at real risk of being subject to torture and other ill-treatment. His deportation is scheduled for 26 February. The authorities must ensure the safety of A.S. by not deporting him and granting him protection, in accordance with France’s obligations under international human rights law.

A.S., a Chechen man, arrived in France in 2008, obtained refugee status in 2009, and has been living there ever since together with his family, including his wife, five children and his parents all of whom are also refugees. On 27 July 2016, the French Office for the Protection of Refugees and Stateless Persons (OFPRA) revoked his refugee status under the state of emergency because of alleged links of A.S. with an individual labelled as “dangerous” by the Ministry of Interior.

When A.S. was summoned by the OFPRA in June 2016 for an interview on the grounds of the decision of revocation, OFPRA confirmed the revocation of his refugee status alleging that he had failed to contest or otherwise challenge the allegations against him. His residence permit, linked to his refugee status, was valid until 2020. An application to renew the permit, on the basis of professional or family integration, was denied. Subsequently, he received a deportation order under an “absolute emergency" procedure which means the Minister can deport a foreign national very quickly and without seeking the opinion of the deportation commission.

A.S.’s application for asylum in the deportation centre ("review request") was denied on 12 February 2021 on the basis that according to OFPRA, he is not at risk in Russia.

In similar cases, Chechen refugees who were returned to Russia have been forcibly disappeared, confirming the risk of torture and ill-treatment. A.S. stated that before he fled Russia in 2004, the police tried to arrest him at his house, but as he had already left at the time, they instead detained his father who was kept in custody for five days.
Amnesty International regularly addresses cases of forcible returns or planned forcible returns to the Russian Federation from countries in western Europe and elsewhere of ethnic Chechens and others who have fled from the North Caucasus. Amnesty International considers that an internal flight alternative elsewhere in the territory of the Russian Federation is not available to former asylum seekers from Chechnya. The organization does not believe that internal flight alternative is a viable alternative to international protection for those people because the real risk of persecution or other forms of serious harm they face emanates from the federal state authorities and therefore applies in Chechnya and across the territory of the Russian Federation.

Returning A.S. to a country where his life and safety are at risk, would be a clear breach of France’s obligations under international human rights law and standards which enshrine the absolute ban on torture and other ill-treatment. This includes a prohibition on sending anyone to a place where they would be at risk of such abuse, regardless of their alleged offence (the principle of non-refoulement). The principle of non-refoulement applies to everyone including persons who are excluded from refugee protection and persons who have committed any crime. The European Court of Human Rights has categorically concluded that balancing the risk of harm to the person if removed from the country against the danger a person presents to the community if not sent back is misconceived and unlawful.

The French authorities have increased their targeting of the Chechen community in France after the killing of Samuel Paty on 16 October 2020. On 18 October, the media reported that Gérard Darmanin, the Minister of Interior, intended to tighten French asylum laws and practices with a view to “avoiding granting refugee status almost automatically to citizens of specific countries”. The Minister of Interior also announced the planned expulsion of 231 foreign nationals who are suspected of “radicalization”. The announcement followed the release of information that the murder suspect in the case of Samuel Paty had refugee status in France.