Matthew Reeves, 18 years old at the time of the crime and now 43, is facing execution in Alabama on 27 January. His death sentence has been upheld despite compelling claims that he has an intellectual disability and that his trial lawyers failed him when they did not retain an expert to present such evidence. Even without the presentation of this key mitigation evidence at trial, only 10 of 12 jurors voted for death. Amnesty International calls on Governor Ivey to commute the death sentence. 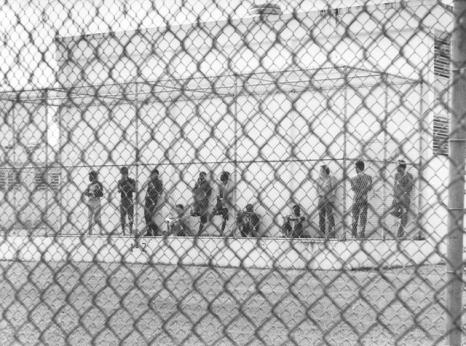 Matthew Reeves, 18 years old at the time of the crime and now 43, is facing execution in Alabama on 27 January. His death sentence has been upheld despite compelling claims that he has an intellectual disability and that his trial lawyers failed him when they did not retain an expert to present such evidence. Even without the presentation of this key mitigation evidence at trial, only 10 of 12 jurors voted for death. Amnesty International calls on Governor Ivey to commute the death sentence.

Matthew Reeves was convicted in January 1998 of the murder in Selma, Alabama, of a man who was shot in his pick-up truck on 26 November 1996. After a sentencing phase that lasted 90 minutes, the jury voted 10-2 that Matthew Reeves be sentenced to death. The judge accepted their recommendation, telling the defendant that “the only evidence that I can consider in mitigation of this offense and that I have considered is the evidence of your age and your youthfulness”.

The court heard no expert assessment on the question of Matthew Reeves’ intellectual disability, or analysis of any brain damage caused from his being shot in the head 10 weeks before the crime. The defence had sought funding to appoint a neuropsychologist, Dr G., to conduct an assessment, adding they had obtained hundreds of pages of psychological and other records which would be “exceptionally pertinent” to mitigation, and for which they would need expert assistance to present. The court granted the request, but the lawyers failed to hire Dr G. who later testified that they “just never called” him (they retained no other expert either). On the day of the sentencing the lawyers contacted a psychologist who had been appointed by the court to assess Reeves’ competence to stand trial and his mental state at the time of the crime. She had not assessed him for intellectual disability and had never spoken with the lawyers until that day. They nevertheless put her on the stand.

A state post-conviction hearing was held to consider the claim that the defence representation had been inadequate. Dr G., who had by now reviewed Matthew Reeves’ records and conducted tests, testified that he had an intellectual disability. He had assessed Matthew Reeves’ IQ at 71-73, his intellectual functioning as “significantly subaverage”, and his adaptive functioning as showing “significant deficits in multiple areas”. Also presented was a psychologist who testified that the jury had also not heard about risk factors in Reeves’ life, including his childhood exposure to domestic violence, guns, and substance abuse. The state presented a psychologist who testified that Reeves had an IQ of 68 and operated in the “borderline range of intellectual ability”. The state court rejected the claims of intellectual disability and inadequate representation on the grounds that the trial lawyers had not been called to testify at the hearing. The Alabama Court of Criminal Appeals affirmed. The US Supreme Court declined to intervene, over the dissent of three Justices who wrote that constitutional law relating to ineffective-assistance claims does not require testimony from trial counsel.

The US District Court upheld the death sentence in 2019, emphasising that the federal petition was governed by the 1996 Antiterrorism and Effective Death Penalty Act, requiring federal deference to state court decisions. In 2020, the 11th Circuit Court of Appeals upheld the District Court on its denial of the intellectual disability claim, but reversed it on the ineffective assistance issue, ruling that the trial lawyers’ performance was “deficient”; “the mitigating evidence that counsel failed to obtain and present was powerful” and its absence was “sufficient to undermine confidence in the outcome”. However, in 2021, the Supreme Court overturned this without providing Reeves with an opportunity to brief the matter or provide oral argument. Three Justices dissented. Two said that the decision “continues a troubling trend in which this Court strains to reverse summarily any grants of relief to those facing execution”. The Court was turning “deference” into “a rule that federal habeas relief is never available to those facing execution”.
Since 2002, US constitutional law has prohibited the use of the death penalty against those with intellectual disability. International human rights law and standards prohibit the use of the death penalty against those with intellectual disability “or extremely limited mental competence, whether at the stage of sentence or execution”. International law also requires that anyone facing the death penalty must be provided “adequate legal assistance at all stages of the proceedings”, and this should go “above and beyond the protections afforded in non-capital cases”. This standard clearly was not met here.

In 2006, a juror from the trial signed an affidavit recalling that the jury’s initial vote had been 9-3 for death. Ten votes were required for a death recommendation. The affidavit said that a “controlling” juror had pressed a young woman juror who had voted for life to change her vote. She took her into the hallway unsupervised. Returning, the “controlling juror suggested that the jury vote again”. The result was 10-2; the young woman had changed her vote from life to death.

On 7 January 2022, a federal judge issued an injunction blocking Matthew Reeves’ execution by any method other than nitrogen hypoxia. Alabama had granted those on death row a one-off opportunity to choose this new method, instead of the default method, lethal injection. Matthew Reeves did not fill in the election form, but his lawyers say he would have chosen hypoxia. The judge agreed that because of his cognitive deficits, Matthew Reeves was unable to read and understand the form without assistance, and the failure of officials to provide such assistance was discriminatory on grounds of disability. The judge ruled it would not harm the state to delay the execution until it has developed its nitrogen hypoxia protocol, which is expected by April 2022. The state is appealing the injunction. Amnesty International opposes the death penalty unconditionally, for all cases and under any circumstances.