Woman human rights defender, Justyna Wydrzyńska, faces three years in prison solely for supporting people in need of an abortion. Charges against her appear to be intended to punish her activism and efforts to ensure people’s rights to access safe and legal abortion in Poland. The Polish authorities must drop all charges against Justyna, refrain from further reprisals against her or other activists campaigning for sexual and reproductive rights, and fully decriminalise access to abortion in Poland. 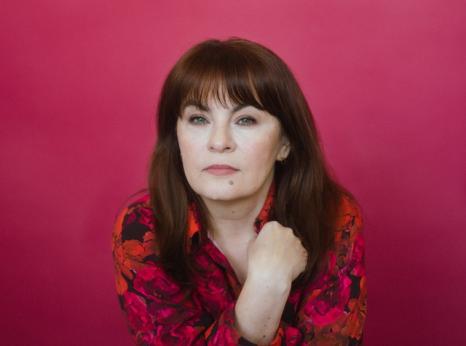 Woman human rights defender, Justyna Wydrzyńska, faces three years in prison solely for supporting people in need of an abortion. Charges against her appear to be intended to punish her activism and efforts to ensure people’s rights to access safe and legal abortion in Poland. The Polish authorities must drop all charges against Justyna, refrain from further reprisals against her or other activists campaigning for sexual and reproductive rights, and fully decriminalise access to abortion in Poland.

On 7 May 2021, the Prosecutor in Warszawa – Praga issued a warrant to confiscate several items from Justyna’s home, including all “means of telecommunication” after receiving information about her involvement in supporting a pregnant woman who sought help to obtain abortion pills for a self-managed abortion at the start of the health pandemic in 2020. On 1 June 2021, the police carried out a house-search of Justina’s house, during which medicines in the form of pills, a computer, pen drives and mobile phones of her and her two children were confiscated. On 22 November 2021, the prosecutor brought charges against Justyna for helping with an abortion (Article 152.2 Penal Code) and for possession of medicines without authorisation for the purpose of introducing them into the market (Article 124 Pharmaceutical Code). The pills confiscated by the police in Justyna’s flat contained mifepristone and misoprostol, two medicines included in the Essential Medicines List of the World Health Organisation (WHO). The prosecutor has argued that two of the medicines confiscated do not have authorisation in Poland. The first court hearing on the case is expected for 8 April in Warsaw.

Justyna Wydrzyńska is an activist and a doula that accompanies people throughout abortions. She is one of the four founders of Abortion Dream Team, an activist collective that campaigns against abortion stigma in Poland and offers trainings and non-judgmental advice on how to get a safe abortion. Since 2019 Abortion Dream Team is part of Abortion Without Borders, a grassroot feminist network formed by six organisations from Poland and other parts of Europe that provides information, counselling, funding and practical support to people in Poland who need an abortion abroad, or access to reliable online sources to obtain abortion medicines that enable safe self-managed abortions at home, as doing your own abortion is not a crime in Poland. The activities of Abortion Dream Team have been on the radar of the Polish authorities for the past few years. and the activists operate in an increasingly hostile environment, exposed to misogynistic and smear campaigns.

Poland’s abortion legislation is among the most restrictive in Europe. On 22 October 2020, a highly questioned Poland’s Constitutional Tribunal ruled that abortion on the grounds of fatal or severe foetal impairment was unconstitutional and eliminated one of the few remaining legal grounds for abortion. Prior to the ruling entering into force on 27 January 2021 over 90 percent of the approximately 1,000 legal abortions in the health system annually performed in Poland were on this ground.
Currently, abortions under the scope of the health system are only permitted on two grounds: when the pregnancy endangers the life or health of the pregnant woman and when it is the result of a rape or incest. Even in those situations, multiple barriers combine to limit pregnant peoples 'access to abortion in practice, particularly those from low-income and rural communities. In addition, activists and women’s rights organizations report that the 2020 court ruling is having a significant chilling effect as medical professionals, fear repercussions even in situations where abortion remains legal, exacerbating the health risks for women and all pregnant people seeking an abortion.

Mere possession or self-management of abortion-inducing medicines is not a crime in Poland but any person or doctor who helps pregnant people to obtain an abortion outside the limited grounds permitted in the law is liable to up to three-years in prison. Legal restrictions and other barriers, including abortion stigma, mean that women and all pregnant people find it difficult or impossible to access medicines and quality abortion care and they risk inducing abortion themselves using unsafe methods or seeking abortion from unskilled providers. Against this backdrop, people in Poland in need of a safe abortion rely on Justyna and other members of Abortion Dream Team and Abortion Without Borders for trustworthy information and lifesaving support. Between January 2021 and 2022, Abortion Without Borders was contacted by more than 32.000 people in Poland, a fivefold increase from the previous year, and supported over 1,500 individuals to travel abroad for an abortion. Their work remains crucial now as thousands of refugees fleeing from the war in Ukraine are arriving in Poland with critical healthcare needs, including around sexual and reproductive health.

Access to safe abortion is a human right. No one should be punished for obtaining an abortion or providing abortion medication or services or in any way helping people obtaining abortion medication or services. Full decriminalization of abortion is an essential component of respecting, protecting, and fulfilling the human rights of all people who can become pregnant.
The Polish authorities should drop all charges against Justyna, carry out the necessary reforms to repeal Article 152 in the Penal Code and ensure access to safe abortion care respecting pregnant person’s rights, autonomy, dignity, privacy, and confidentiality. Polish authorities should also ensure adequate access to essential medicines required for the purpose of safe self-management of abortions in an affordable and non-discriminatory manner, including by using telemedicine in line with recent WHO guidelines on abortion care.