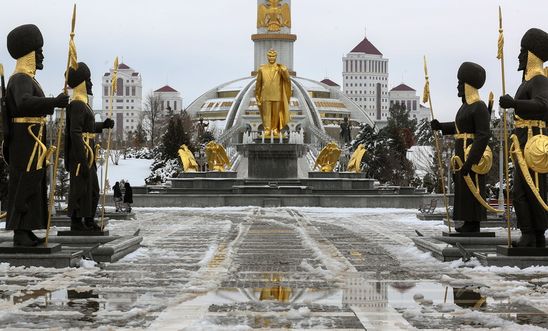 During his call to Radio Free Europe/Radio Liberty, he sounded very distressed, and informed them that earlier reports released about him had been false. Kasymberdi remains in a vulnerable situation, but no further action on his case should be taken until further notice.

Kasymberdi, 24, disappeared after being summoned to a police station on 24 October. His summons and disappearance followed the publication of an online article for Radio Free Europe/Radio Liberty's Turkmen Serivce on 21 October, describing the problems he faced as a gay man in Turkmenistan.

In Turkmenistan consensual same-sex relations between men are  a crime. Following his disappearance, authorities launched a campaign to identify supposed LGBTI people.

Kasymberdi's reappearance may be due to the fact that while Turkmenistan’s President, Gurbanguly Berdimuhamedov, was in Italy on 6-7 November for a business forum, Italian Senator, Monica Cirinnà, spoke in defence of Kasymberdi. The Italian Senator demanded that the Italian government raise his case with the President of Turkmenistan. This indicates that the Turkmenistani authorities are sensitive to international pressure.

People in Turkmenistan live in an environment in which human rights violations are severe and routine. The right to freedom of expression is harshly restricted and all media is controlled by the state. Torture and other ill-treatment is believed to be widespread. Prisoners are held in conditions amounting to inhuman and degrading treatment, and in some cases subjected to enforced disappearances. Deaths in custody are commonplace and not subject to investigation.

Consensual same-sex relations between men are a criminal offence in Turkmenistan, punishable by up to two years imprisonment. Widespread societal homophobia and transphobia means that lesbian, gay, bisexual, transgender and intersex (LGBTI) persons are at high risk of torture or other ill-treatment, including sexual violence and extortion, at the hands of the police. They also come under severe pressure from members of their families seeking to protect the “family honour” by imposing forced marriages.