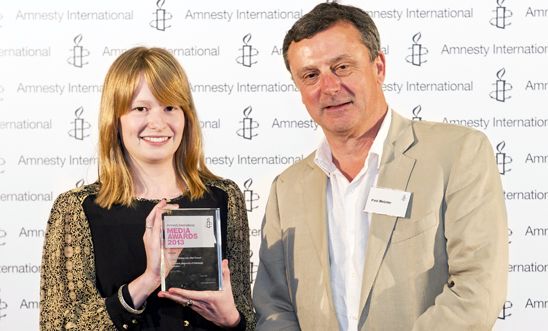 Part of our prestigious Media Awards

We are proud to run our award for Student Human Rights Reporter of the Year, in partnership with the National Union of Students (NUS) and the Observer newspaper.

The Student Human Rights Reporter of the Year Award is part of our prestigious Media Awards, which showcase the very best of human rights journalism.

Win work experience at the Observer

A member of the team behind Channel 4's ground-breaking Unreported World series will be one of the judges for the award and the winner will get a behind-the-scenes tour of Channel 4 News and a chance to meet the team. Find out more

This competition is now closed.