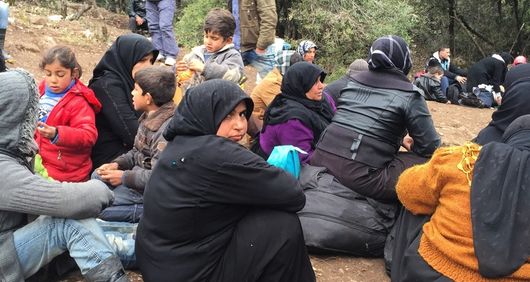 Why are refugees unsafe in Turkey?

Amnesty International and other organisations have received credible and consistent evidence of deportations of refugees and asylum seekers to Syria between 2014 and 2018. Refoulement – or deporting someone despite a risk of serious human rights violations – is prohibited under both Turkish law and international laws, to which Turkey is a signatory. Syrian refugees say that they are usually forced or tricked into signing a so-called “Voluntary Return Agreement”, which is sometimes written only in Turkish.

Upon their deportation to Syria, their Temporary Protection identification documents are cancelled. Those who manage to re-enter the country – virtually always irregularly, since the border is effectively closed – are left without any legal status and are particularly vulnerable to deportation.

Some people do return to Syria on a voluntary basis to do things like bring back elderly relatives or renew passports. These people have told Amnesty that they were not informed of the consequences of leaving Turkey and when they re-entered, they found their Temporary Protection status had been cancelled.

On 7 January 2019, the Directorate General of Migration Management (DGMM) issued a notice stating that Temporary Protection ID-holders who had lost their status should be able to reinstate it. However, for reasons that are unclear, it appears virtually impossible to renew or reinstate their status once it has been removed, regardless of how the loss occurred – for instance whether the return was forced or truly voluntary, or if the ID documents simply expired.

On 22 July 2019, the Istanbul Governorate declared that all Syrians who were not registered in Istanbul had until 20 August to depart for other provinces. DGMM later extended this deadline until 30 October. The July announcement spread panic and occurred around the same time as reports of increased deportations to Syria. It is feared that similar events will take place in October.

Scope of the refugee situation in Turkey

Turkey is the world’s largest host of refugees, presently hosting about 4 million, with most of them (over 3.6 million) coming from Syria. In theory, all Syrians in Turkey are granted Temporary Protection status, but they must first register and receive ID documents in order to access essential services, including healthcare and education. The Turkish authorities have spent billions of Euros hosting this population, with some financial support from the European Union (EU).

Istanbul is host to over 500,000 registered Syrians, as well as many thousands of others who are unregistered or registered in another province. Although no Syrian refugees are fully protected against refoulement, those who appear particularly vulnerable are those without ID documents, people outside their province of registration, and people working without permits. By the end of 2018 only about 68,000 such permits had been granted, so the latter category encompasses almost all working Syrian refugees in Turkey.