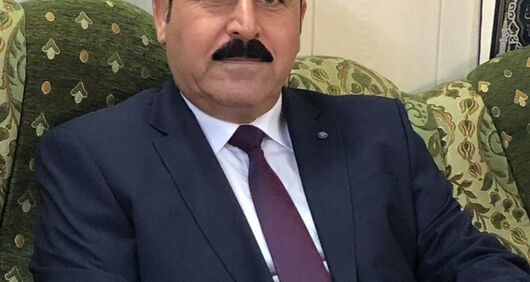 On 30 May 2020, teacher and activist Badal Abdulbaqi Aba Bakr Barwari was released on bail. On 16 May 2020 armed members of local police as well as security forces had arrested him in Duhok, Kurdistan Region of Iraq, without a warrant. He was charged with “the misuse of electronic devices” for his role in organizing peaceful protests through social media platforms. While the charges related to Badal Barwari’s freedom of speech and peaceful assembly have not been dropped, no court date has been set.

On 31 May 2020, teacher and activist Badal Abdulbaqi Aba Bakr Barwari was released on bail from a detention centre in Duhok, Kurdistan Region of Iraq (KR-I). While the charges related to Badal Barwari’s freedom of speech and peaceful assembly have not been dropped, no court date has been set and is unlikely to be set soon given lockdown measures to combat the spread of COVID-19 in the KR-I. According to his family and lawyer, based on previous patterns, it is likely that the charges will be dropped or that Badal Barwari will be sentenced to pay a fine as no damages or violence occurred during the protests that he took part in organizing.

On May 16 2020, armed members of the local police in Duhok as well as Asayish [General Security Forces of the Kurdistan Regional Government (KRG)] officers arrested 55-year-old teacher Badal Abdulbaqi Aba Bakr Barwari from his home in Duhok, Kurdistan Region of Iraq (KRI) without a warrant and without informing him of the reason for his arrest or where he was being taken to.

On 18 May 2020, a court in Duhok ordered his release on bail pending a court hearing being set after being formally charged with protesting without permission under the KRI Protest Law No. 17 of 2010. However, Badal was not released and was instead charged in a new case with inciting a riot under Article 2 of KR-I Law No. 6 of 2008 for the “the misuse of electronic devices” and he was kept in detention.

Badal Barwari, and other protest organizers, had on 12 May 2020 applied to the local authorities in Duhok for a permit to protest. However, this request had gone unanswered. The law stipulates however that prior notice of 48 hours grants permission automatically even if unanswered.

Amnesty International will be closely monitoring any developments regarding the case of Badal Barwari and, where necessary, take the appropriate action on his behalf.