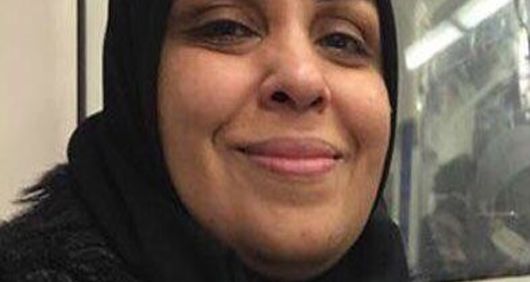 On 5 March 2020, prisoner of conscience, Hajer Mansoor Hassan, was released from Isa Town Detention Centre for Women in Bahrain, having served her full three-year sentence after a grossly unfair trial. Her nephew, Mahmood Marzooq Mansoor, also sentenced to prison in the same case, was released on 11 March 2020.

On 5 March 2020, prisoner of conscience Hajer (also spelt Hajar) Mansoor Hassan, was released from Isa Town Detention Centre for Women in Bahrain, having served her full three-year sentence after a grossly unfair trial. Following her release, Hajer Mansoor told Amnesty International: “I am thankful for the local and international human rights community for their work during my unlawful imprisonment. Amnesty's work was essential in securing me important medical treatment and I am certain their pressure influenced the prison administration. It is vital that Amnesty's important work continues to ensure that the rights of prisoners are protected, especially during the current pandemic that poses a particular risk to prisoners. With the support of international organisations like Amnesty, I am confident that we will secure the release of more political prisoners, including my own son Sayed Nizar Alwadaei.”

On 5 March 2017, Hajer Mansoor was arrested three days after the arrests of her son Sayed Nizar (also spelt Nazar) Alwadaei and their cousin, Mahmood Marzooq Mansoor. On 30 October 2017, all three were sentenced to three years in prison, convicted on charges of “planting fake bombs” on 28 January 2017 in an area southwest of Manama, Bahrain’s capital, after a grossly unfair trial in which they say they were tortured to “confess”. On 20 December 2017, their convictions and sentences were upheld on appeal and confirmed by the Court of Cassation on 25 February 2019. Sayed Nizar Alwadaei is serving a total of 11 years in relation to two separate cases based on similar charges.

On 7 January 2019, the UN Working Group on Arbitrary Detention (WGAD) published an Opinion that found the imprisonment of Hajer Mansoor, Sayed Nizar Alwadaei and Mahmood Marzooq Mansoor to be arbitrary. It also noted that they were “deprived of their liberty, interrogated and prosecuted for their family ties with Sayed Ahmed Alwadaei”.

Amnesty International will continue to monitor Sayed Nizar Alwadaei’s situation and will respond to any developments as appropriate.