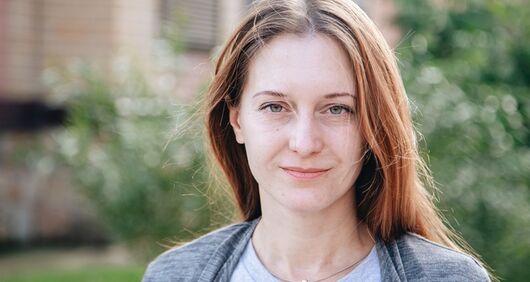 Russian journalist Svetlana Prokopyeva was found guilty of “justification of terrorism” and fined 500,000 roubles (about $7,000) on 6 July. The court rejected the prosecutor’s request to imprison her for six years and ban her from any journalistic work for further four years. Svetlana Prokopyeva has committed no crime and is penalised for criticising the government.

Russian journalist Svetlana Prokopyeva was found guilty on 6 July of “justification of terrorism” and ordered to pay a fine of 500,000 roubles (circa $7,000). Three days earlier, the prosecution had requested that she be sentenced to six years’ imprisonment and a further four-year ban from any journalistic work.

Svetlana Prokopyeva works at Radio Liberty and cooperates with other media outlets. She has been prosecuted for comments she made on 8 November 2018 on a local radio station in Pskov, in north-western Russia. Her comments concerned a suicide bombing from the previous week in Arkhangelsk, in northern Russia, in which a 17-year-old man blew himself up at the regional office of the Federal Security Service (FSB) killing himself and injuring three people. In her comments, Svetlana Prokopyeva did not condone his action in any way, but pointed out that it had happened in the context when an entire new generation had grown up while the authorities were suppressing peaceful protest, curtailing political pluralism and destroying independent judiciary. On 5 February 2019, the authorities opened a criminal investigation and the next day they searched her home and seized all her computers, phones and other digital devices. Several months later, her bank account was frozen. She was banned from opening a bank account or traveling outside of her city.

By prosecuting Svetlana Prokopyeva for her journalistic work and her critical views, the Russian authorities have violated her right to freedom of expression and breached their national and international human rights obligations.

The trial began in June 2020. Given that acquittals in such cases are extremely rare in Russia, it is widely believed that her non-custodial sentence was only possible as a result of the consider public attention and pressure on the authorities, both domestically and internationally. Amnesty International will continue monitoring the appeal hearings and any future developments in the case.