Urgent Action outcome: Charges against union activists will not proceed 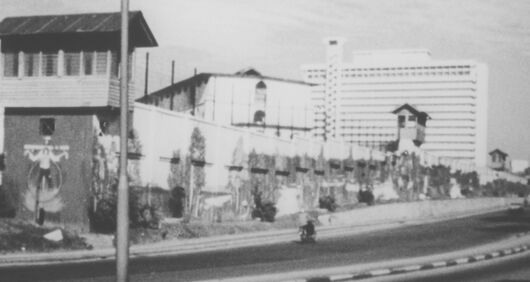 On 2 October 2020, five activists who were charged for “unauthorised gathering” were granted a discharge not amounting to acquittal (DNAA) by the Ipoh Magistrate. The charges stemmed from the activists’ participation in a peaceful picket on 2 June 2020 by a government hospital cleaners’ union against a cleaning services company. During the picket, they called out the alleged unfair treatment of union members and insufficient personal protective equipment for cleaners.

Five activists—M. Sarasvathy, L. Danaletchumy V. Santhiran, P. Jothi, and C. Subramaniam Raja— were granted a discharge not amounting to acquittal (DNAA) by the Ipoh Magistrate, in relation to their participation in a peaceful picket on 2 June 2020 against alleged the mistreatment of hospital cleaners by a sub-contractor. The prosecution team decided not to continue the prosecution, and one of the activists’ lawyers stated that it is highly unlikely that the activists will be called back.

The lawyer argued in a letter of representation to the court that the picket could not be considered as a gathering or march related to the economy, religion, education, sports, recreation, social or culture, which is restricted under Section 7(1) of the Movement Control Order implemented by the Malaysian government in light of the pandemic. She also said picketing does not fall under “prohibited activity” that was listed in Regulation 2 of the Prevention and Control of Infectious Diseases (Measures within the Infected Local Areas) Regulations 2020. The prosecution accepted the defence's letter of representation to not proceed with the charges, and the Ipoh Magistrate’s Court granted the activists the DNAA on 2 October 2020.

Allegations raised during the picket included inadequate supply of protective equipment against COVID-19 and intimidation of cleaners active in the union, which were denied by the company. The action consisted of less than 20 people who all practiced physical distancing, wore masks, and had their temperatures checked. The five activists were arrested and remanded overnight and chained in court which is a form of inhuman or degrading treatment that may amount to torture. They were charged on 2 June 2020 for allegedly violating the Prevention and Control of Infectious Diseases (Measures within the Infected Local Areas) Regulations 2020.