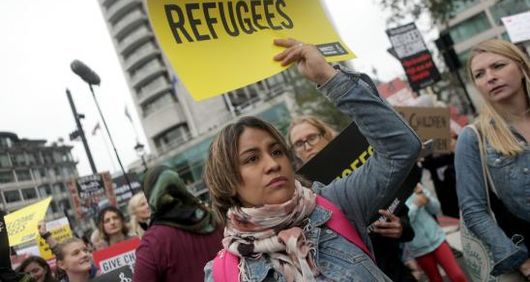 The UN summit on 19 September had been two years in the making, and world leaders should have been ready to announce steps to end the crisis. Instead they engaged in a race to the bottom, prioritising narrow self-interest over the rights of some of the most vulnerable people on the planet. This shocking failure of leadership so far has left hundreds of thousands of refugees stuck in appalling conditions around the globe and forced to take ever more dangerous journeys to safety.

The UK should be taking and sharing more responsibility. That is the leadership we all need at this time of crisis and that is why we are stepping up our campaigning for refugee rights at this time.
Read our press release in response to the UN summit.
‘Obama Summit’ falls short despite small steps forward
The outcome of President Obama’s Leaders’ Summit on Refugees on 2o September marked a small step forward but fell far short of what is needed to address the global refugee crisis. Leaders at the summit committed to increase commitments on resettlement, humanitarian funding, refugee education and access to work, all of which are welcome, but still leave millions of refugees staring into the abyss.
The UK pledged to increase financial assistance by 10% compared to 2015. This increased financial support for countries hosting the great majority of the world’s refugees, as well as funding to support new countries introduce resettlement programmes is welcome. But there remains a fundamental flaw in the government’s policy response. For far too long, much poorer and often less stable countries have hosted by far the greater number of people forced across borders by war and persecution.
Read our press release in response to the Obama Summit.
Back
27 Sep 2016, 04:08pm