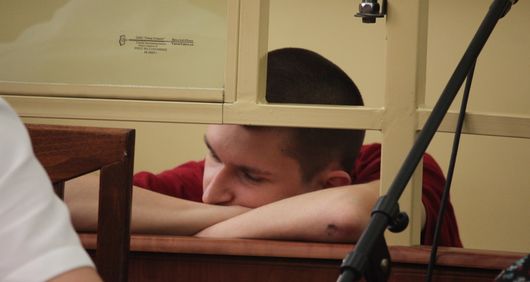 Yan Sidorov, Vladislav Mordasov and Viacheslav Shashmin were convicted on 4 October under fabricated “mass disturbances” charges. Viacheslav Shashmin received a three-year suspended sentence. Yan Sidorov and Vladislav Mordasov were sentenced to over six years in prison and are appealing their sentence. They are prisoners of conscience and must be released immediately and unconditionally. The sentences of all three must be overturned, and allegations of torture and other ill-treatment must be effectively investigated.

Amnesty International believes the charges to be fabricated and the trial of the three men unfair.

In a series of mass fires in Rostov-on-Don in July and August 2017, more than 160 houses were destroyed, one person died, and dozens suffered injuries. Around 700 people were officially recognised as victims. While some compensation for the loss of property has been paid, the authorities did not allow people to build new houses on the same plots of land and did not pay compensation for the loss of their land, which in turn prompted rumours that the fire may have been started deliberately to evict the residents and clear the site for new developments.

On 5 November 2017, the then 18-year-old college student Yan Sidorov and 21-year-old Vladislav Mordasov came to the square in front of the Rostov-on-Don Region administration to hold a peaceful picket in support of the victims of Rostov fires. They had several printed leaflets, a loudspeaker and two rolled up handwritten posters that said, “Return the land to victims of Rostov fires” and “The government should resign”.

Please write using your own words or the template letter provided in the attached documents, in Russian, English, or your own language, to the listed address as soon as possible: