Opposition leader at risk of torture 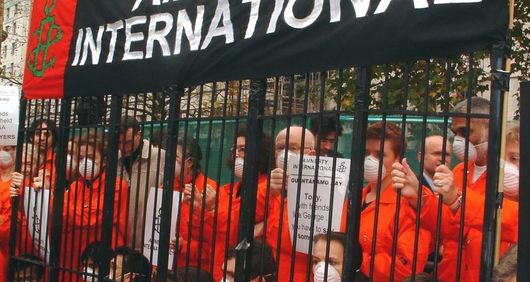 Cuban authorities detained the leader of the unofficial political opposition group, Jose Daniel Ferrer Garcia, on 1 October 2019. He was held incommunicado for 72 hours and remains imprisoned without charges. Ferrer Garcia has been held in detention for 40 days, for reasons that remain unknown. As far as we can tell, he has not been informed of the charges against him or brought before a judge.

In addition, recent alarming reports suggest he may have been tortured or ill-treated while in detention, something Amnesty International has not been able to independently verify in a context where lawyers and the judiciary are largely controlled by the Executive. Mass mobilisation is needed to ensure that the Cuban government presents charges against him or releases him, and refrains from potentially taking actions that may amount to ill-treatment against him.

Under international human rights standards, anyone who is arrested or detained must be informed of the reasons why they are being deprived of their liberty at the time of their arrest. International standards also require that individuals are brought before a judge promptly after arrest or detention. However, based on the information available to Amnesty International, as of 11 November the authorities had not formally informed José Daniel Ferrer García of the grounds for his detention nor had they brought him before a court. As such, his detention may be arbitrary.

Furthermore, according to his wife, authorities did not provide Ferrer García with access to his family or a phone call until 72 hours after his detention. People held in custody are entitled to notify a third person that they have been arrested or detained and where they are held. Detention without access to the outside world – incommunicado detention – facilitates torture or other ill-treatment and enforced disappearance.

Cuban authorities have imprisoned, harassed and intimidated Ferrer García for more than a decade due to his political activism. Amnesty International previously declared Ferrer García a prisoner of conscience, along with 74 others, who were imprisoned in 2003 solely for the peaceful expression of their opinions.